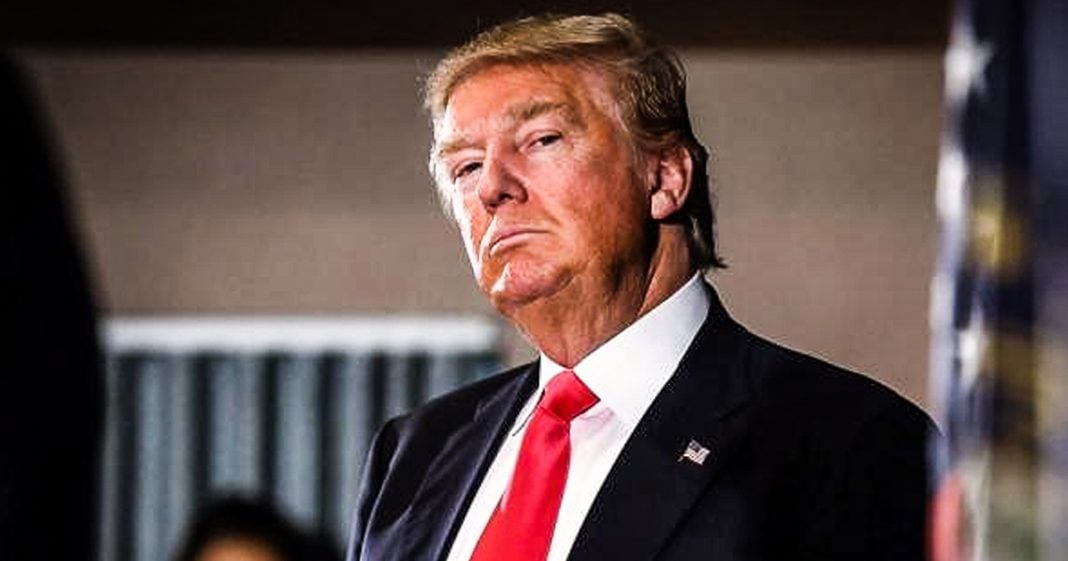 Republican Senator Joni Ernst, a hard-right member of the GOP, said that she and many of her Republican colleagues in the Senate are not happy that Donald Trump is spending so much time at Mar-A-Lago and so little time actually governing.  They are beginning to see what everyone else sees: Trump has turned the Presidency into a giant commercial for the Trump brand. Ring of Fire’s Farron Cousins discusses this.

During a town hall meeting on Tuesday evening, Senator Joni Ernst told the crowd that she is bothered by Donald Trump’s frequent trips to Mar-a-Lago. She said it’s very concerning but, more importantly, she said that not just her, it’s all Republicans in the Senate or at least most of them, most members of the Republican caucus in the Senate, according to Joni Ernst, are unhappy with Donald Trump’s frequent visits down to Mar-a-Lago.

Now, here’s the thing. Senator Joni Ernst should not be the voice of reason within the Republican party. When she is, you know that something has gone horribly, horribly wrong. But here’s the sad reality of what Donald Trump’s trips to Mar-a-Lago are actually costing us. So far, he spent seven out of the last 13 weekends down in Mar-a-Lago. It’s cost us over $20 million, putting him on track to beat Obama’s eight-year travel expenses in just his first year. But I think the reason that Senator Ernst and the other Republicans in the Senate understand that these trips to Mar-a-Lago are a problem is because the public is starting to get angry. They’re getting angry, first of all, because we have a President who is not concerned with working.

The presidency is a very stressful job. You can compare the before and after pictures of the last three presidents. Look at what they looked like before they took office and what they look like after they left and, no offense to them, but they all kind of looked like hell because the presidency is a very stressful job. If it’s not, then you’re not doing it right. Donald Trump is clearly not doing it right if he feels the need or feels that he can go on vacation every single weekend. That’s not somebody who takes this job very seriously.

But more importantly, Ernst, the Republicans in the Senate, Democrats, and the American public understand what has happened to the Office of the Presidency. Under Donald Trump, the Office of the Presidency has become nothing more than a giant commercial for the Trump brands. When you think about the fact that when Donald Trump goes down to Mar-a-Lago, yeah, he does occasionally meet with other world leaders. But why is he doing it at Mar-a-Lago instead of the White House? Simple explanation for that. He wants these world leaders to come in and see not Donald Trump the President, but Donald Trump the businessman. He wants to impress them with his golf courses, with his hotels, with the food at his restaurants, so maybe, just maybe, once he leaves office he can convince them to open a Trump resort in their home country. That’s all this is to him.

That $20 million that we’ve spent so far, most of that is going directly into Trump’s pocket. Because when he goes on TV and talks about such a magnificent chocolate that he ate with the President of China, who do you think paid for that chocolate cake? We did. Taxpayers. We paid it to Trump Resorts, which Donald Trump gets the profits from. All of the food, all of the rooms, all of the security detail, renting golf carts, we pay for that and he gets that money. The presidency should not be commercialized as Donald Trump has made it. But unfortunately, it is.

At this point, with such anger coming from the American public, it’s no surprise to see Republicans like Senator Joni Ernst and other Republicans in the Senate coming out and saying that they’re not comfortable with this. Because they see what’s happening. These special little elections that are popping up left and right, Democrats are crushing it. They may not win everyone, but when you close a 27 point gap down to a 7 point gap in a solid red district in Kansas, that shows that Republicans are in trouble. Joni Ernst understands that, Senate Republicans understand that, and so they’re doing everything possible to let the public know that they do not approve of Donald Trump’s constant travel and maybe even some of his policies. Now, that’s not true. In reality, they don’t care one way or the other. But they want to give you the impression that they’re just as concern about this man as you are.