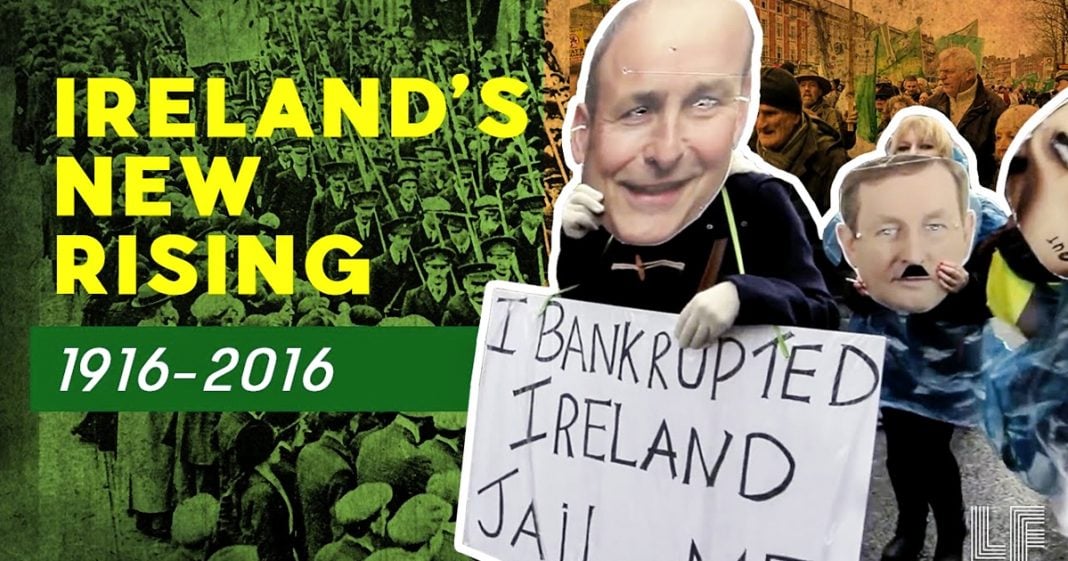 With the news around Brexit, we revisit an episode filmed last year in Ireland and reflect upon the Easter Rising of 1916.

The question of Irish sovereignty still looms large. New challenges face the Irish in the wake of the 2008 financial crisis, and slashes to public spending in the North have ignited fresh waves of resistance. In this special report, Laura Flanders returns to Ireland, 30 years after first reporting on the so-called “Troubles”. With photographer Paula Allen she takes a fresh look at Irish nationalism through the stories of socialists, anti-imperialists, anti-austerity activists and several generations of republicans. With Fintan O’Toole of The Irish Times, Sinn Fein TD Eoin O’Broin, Clare Daly TD, and more. Made possible by the Pulitzer Center for Crisis Reporting #pulitzercenter.