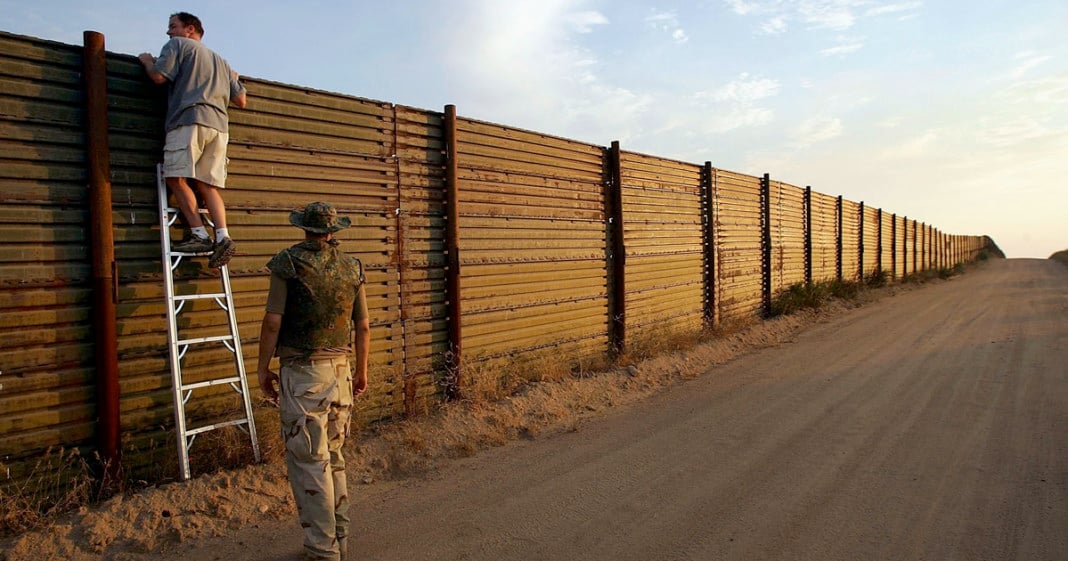 Despite the Trump administration’s plan to publicly shame and undo privacy protections for unauthorized immigrants, the US Customs and Border Protection (CBP) is refusing to answer questions about a “DREAMer” being deported in February.

However, Montes was detained by a CBP officer and was not allowed to retrieve his wallet or proof of his DACA status. Montes was then made to fill out paperwork that he did not understand, and within hours of being detained, he was released back to Mexico. After attempting to reenter the US by climbing the boarder barrier, he was captured and again returned to Mexico.

According to USA TODAY, Montes has worked hard to remain in the United States:

He suffered a traumatic brain injury as a child that left him with learning disabilities that meant a constant struggle to keep up in school and everyday conversations, according to [a legal advisor]. Despite those challenges, he made it through special education courses and graduated high school in 2013. He started taking welding classes at a Southern California community college and paid for it by picking crops in California and Arizona.

Montes does carry three convictions for driving without a license and one for shoplifting. However, those charges are considered “non-significant misdemeanors” and should not have factored in to his deportation, according to US Citizenship and Immigrations Services.

The CBP stance of protecting the privacy of an undocumented immigrant is in stark contrast to memos released by Department of Homeland Security head John Kelly. The memos state that the DHS “will no longer afford Privacy Act rights and protections to persons who are neither U.S. citizens nor lawful permanent residents.” Removing privacy protections of undocumented immigrants likely violates the Constitution.

A DHS spokesperson told USA TODAY that they had no record of Montes being arrested or deported and they have no records of him renewing his DACA status since it expired in 2015. The program requires undocumented immigrants to renew their status every two years. However, Montes’ attorneys have paperwork showing that he was protected under DACA through 2018.

After many unsuccessful attempts at obtaining information from the CBP, activist groups are taking action. On Tuesday, immigration attorneys filed a lawsuit in federal court seeking more details in the case.

Though he has vowed to crack down on illegal immigrants, President Trump has expressed that he would not rescind DACA protections. In an interview with ABC’s David Muir in January, he said of the so-called DREAMers:

“They shouldn’t be very worried. I do have a big heart.”

Marielena Hincapié, executive director of the National Immigration Law Center, part of Montes’ legal team, told USA TODAY that Trump’s actions against undocumented immigrants do not line up with his words:

“Even in this administration, because of Trump’s comments about loving these people, the integrity of the government’s promises are at stake. How does an immigrant family today know that this is not going to happen to them?”