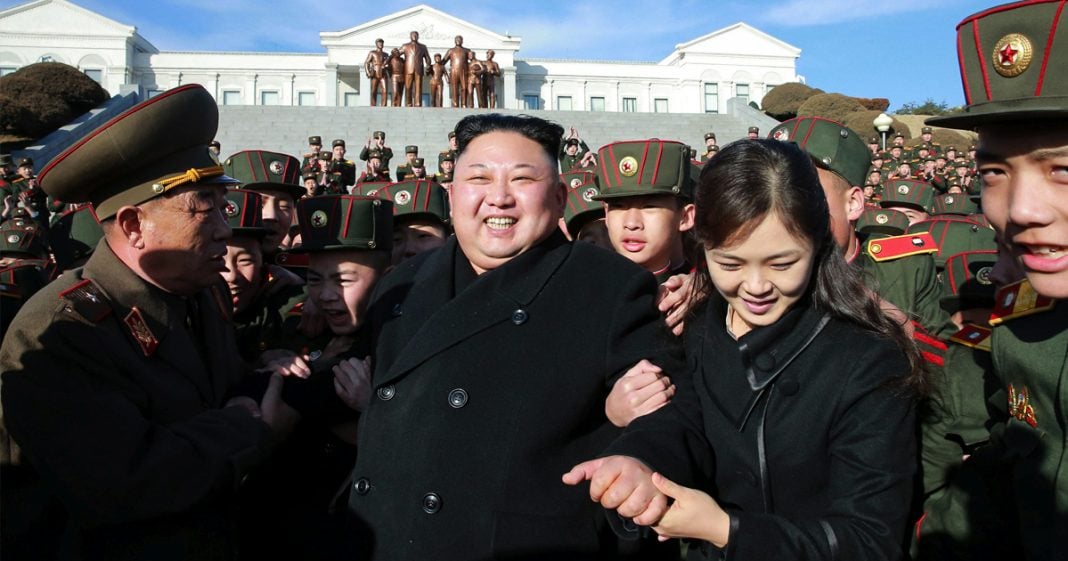 While speaking to a “Fox and Friends” personality on the White House lawn on Monday, President Trump seemed to indicate that he is not aware that the current dictator of North Korea Kim Jong-un is not in fact his father, the late Kim Jong-il.

Kim Jong-un has only been in power since 2011 when his father Kim Jong-il died, but when President Trump made his remarks, he said that previous U.S. leaders had been working with “this gentleman,” for years.

“You know, they’ve been talking with this gentleman for a long time. You read Clinton’s book, he said, ‘Oh we made such a good peace deal’ and it was a joke. You look at, uh, different things over the years with President Obama, everybody, he’s been outplayed. Uh, they’ve all been outplayed by this gentleman and we’ll see what happens.”

Because the current leader has only been in power approximately halfway through Obama’s two terms, the suggestion that previous presidents have worked with him is simply false. The additional note that Trump didn’t once refer to the North Korean leader by his name, referring to him only as “this gentleman,” means that he most likely has no idea who is actually heading North Korea, nor the real situation ongoing there.

Considering that he is spending a great deal of his time concerned with the ongoing issues with North Korea, it is alarming that he appears not to know this basic detail. How can we think about intervening militarily in a nation when our Commander in Chief does not know his enemy’s name?

Trump appears to refer to Kim Jong-un & Kim Jong-il (died in 2011) as the same person—whom he calls “this gentleman”pic.twitter.com/iiuPxnbAc2