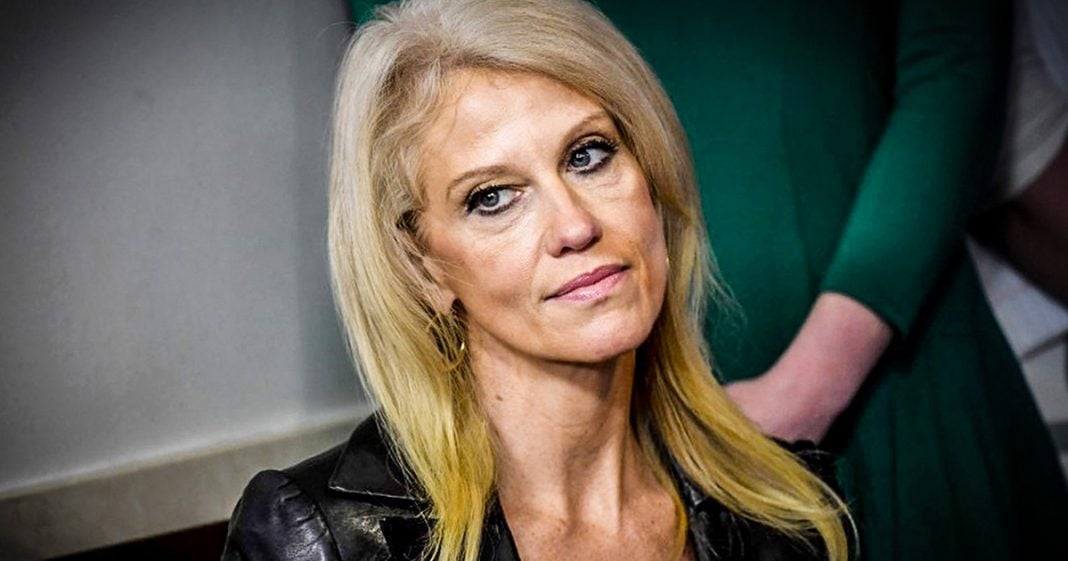 Kellyanne Conway told Fox & Friends that its time for Democrats to realize that the 2016 election is over, and she proceeded to beg Democratic officials to tell their supporters to just leave the president alone. Ring of Fire’s Farron Cousins discusses this.

Over this past weekend, thousands of protestors took to the streets to demand that Donald Trump release his tax returns. Well, Monday morning on Fox & Friends, White House advisor, Kellyanne Conway told the Fox & Friends that she is sick and tired of seeing these liberals, these Democrats, go out there and protest the President. Don’t they know that the election’s over? She then went on to say, that she would beg new DNC President Tom Perez to tell these people to just go home, get out of the streets, the election’s over with, it’s done. Now, I know Kellyanne Conway is essentially just a paid cheerleader for the Trump administration, but she has to understand that what’s happening right now, what’s been happening since the inauguration, what happened during the inauguration is not about people trying to re-litigate or re-vote in the 2016 election. We understand that that’s over, okay? In her reasoning, she pointed out that Donald Trump won 306 electoral votes.

Notice how she only points out the electoral votes instead of the popular vote, because the majority of people in this country did not vote for Donald Trump to be President. Yeah, they do have reason to be bitter and angry about it. Again, that’s not even what this is about. This is about a man who promised to do things. Who promised a certain level of transparency, that refuses to even adhere to his former promises. We were told we get those tax returns, eventually, maybe, but we won’t. He claims he is legally not allowed to release them because he’s under audit. That is a lie. That is a lie that has been disproven by members of the IRS, by economics professors, and by pundits all over the media. There is nothing that prohibits him from releasing those tax returns, unless of course there’s something he doesn’t want us to see.

You see what Kellyanne Conway does? She comes out here on Fox & Friends, a very friendly environment for the Trump administration, and she misdirects it. She says these Democrats don’t understand the election’s over, what a bunch of losers, right? Of course, the Fox & Friends, because they don’t have a brain between the three of them, agree with her. They think that that’s all this is about. This isn’t about people wanting accountability. This is about people bitter about the 2016 elections. Well, let me tell you something. That bitterness has not gone away and it’s not going to go away. Neither are the demands that Donald Trump release those tax returns. We’re entitled to those at this point. We need to see his conflicts of interest. I can promise you, and Kellyanne Conway knows this and Donald Trump knows it and Sean Spicer knows it and everybody else within that administration knows it. If there wasn’t something damning within those tax returns, we would have already gotten them.