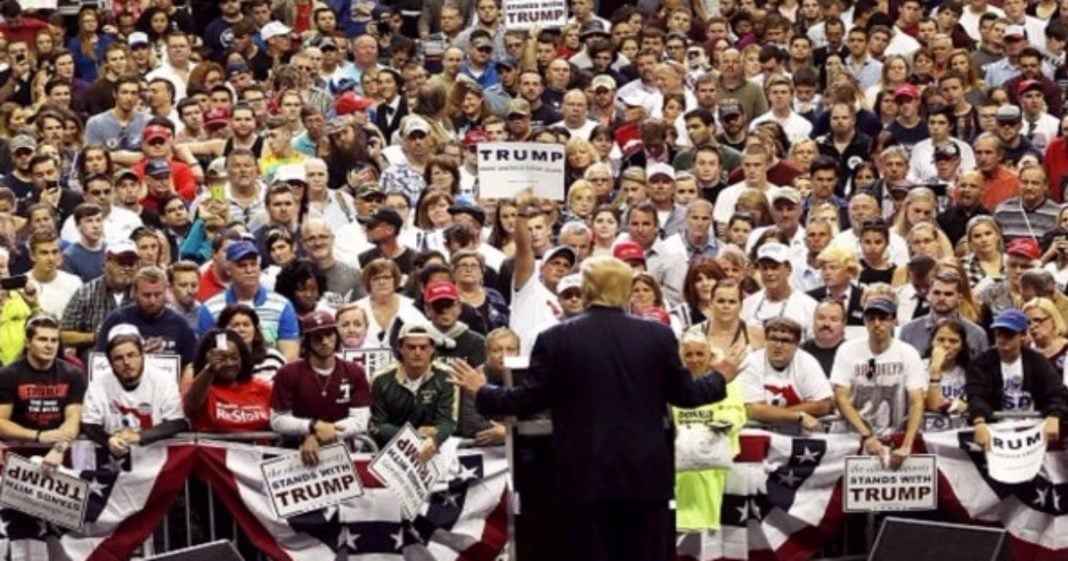 During court proceedings that President Trump would rather see disappear, attorneys are making the argument that violence which occurred at a Trump rally in 2016 was directly related to the comments made by the then-candidate.

The attorney representing 75-year-old veteran and Trump fan Alvin Bamberg said that his assault of a protester was directly caused by the inflammatory comments made by then-candidate Trump.

Basing his argument off of a claim made by the attacker, the attorney had this to say:

“Trump and/or the Trump campaign urged and inspired Bamberger to act as he did.”

The case being pursued against Trump was lodged by a group of three protesters who were shoved, punched, and assaulted by a Trump mob during a rally in March of 2016. During the rally, Trump infamously declared, “get ’em out of here,” a comment many in the crowd took as a direct order.

The three protesters, Kashiya Nwanguma, Molly Shah and Henry Brousseau say that they were peacefully protesting Trump during the rally when they were targeted by Trump, then his crowd.

Already, a judge has concluded that there was more than enough evidence to allow the case to proceed, noting that Trump repeatedly issued inflammatory statements immediately followed by violent action in his crowds.

While the attorney representing the President attempted to argue for the dismissal of the case on Freedom of Speech grounds, the federal judge presiding over the case said that there is no protection extended to speech which directly incites violence.