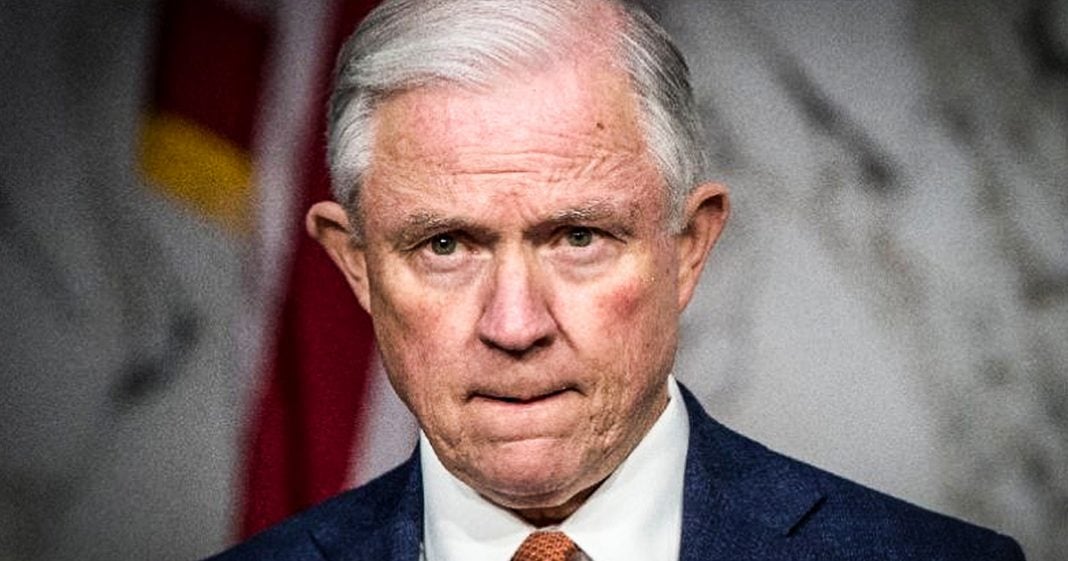 Attorney General Jeff Sessions has made it his personal job to get rid of marijuana in the United States, even as more and more research is coming available to show us that marijuana is proving to be a medical miracle for countless illnesses.  On top of that, states that have legalized recreational marijuana are seeing huge economic benefits from it, but poor Jeff still can’t seem to figure out why people don’t like his policies. Ring of Fire’s Farron Cousins discusses this.

Attorney General Jeff Sessions is very confused right now. You see, when he took office as Attorney General he thought the entire American population was going to get behind him and his war on marijuana, a war that has been waged for nearly a century and by all measures was an absolute failure, but the Alabama Attorney General thought he was going to come in here and convince us all that marijuana is evil and that we need to get rid of it, we need to throw anyone who uses it into prison, and why don’t people like me anymore?

That’s what Jeff Sessions is saying today. But here’s the thing that Jeff Sessions clearly doesn’t realize. The majority of people in the United States support the decriminalization of marijuana, plain and simple. Furthermore, states that have decriminalized recreational marijuana and allowed for the recreational use have seen huge economic benefits from this. They’re actually making a ton of money off of it. It’s saving once downtrodden economies. You get marijuana tourists coming in. These are tax dollars that previously were not going to these areas and now they’re starting to boom again.

Jeff Sessions doesn’t understand that because he only sees the one-sided view of marijuana, and that is basically what we saw in the early 1900s when somebody testified before Congress … I forget who it was, but they said that the reason we need to outlaw marijuana is because it makes white women want to sleep with black men. Jeff Sessions, I guarantee you, still believes that. In fact, he said that his only problem with the KKK was that they smoke marijuana. Other than that, he liked them.

Jeff Sessions is never going to be liked by the American public. It wouldn’t matter if he came out today and said, “You know what? I support full decriminalization of marijuana all across the United States. Everybody light up right now.” Nothing will make people like this man because we know that he’s a racist. We know that he perjured himself during his confirmation hearings when he willingly gave up the information, saying, “I did not talk to any Russians,” and then it turns out yeah, actually he talked to the Russians quite a bit. I know that wasn’t the question he was asked, but he offered up the information, he was under oath, it was a lie, that is perjury.

So, Jeff Sessions, if you’re worried about why people don’t like you, it actually has less to do with the marijuana policy and more about the fact that you are grossly incompetent and really shouldn’t hold any job in the United States. You can’t have a career built on racism and expect people to just fall in love with you once you get an even higher position. You’ve been a piece of crap for most of your professional career and you think that it’s the marijuana that is making people not like you? No. It’s who you are as a human being that’s making people not like you.