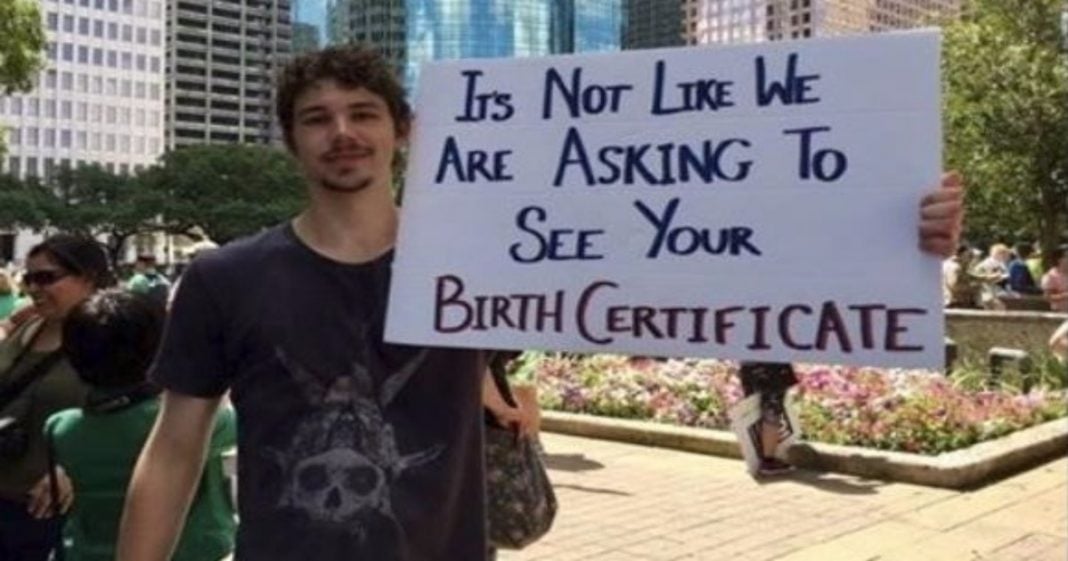 The election is long over and the debate over Trump’s taxes has raged for far too long, and yet on Tax Day Saturday, April 15, thousands took to the streets across the country to demand that President Trump at long last release his tax returns.

Even now, with so many other issues ongoing, the American people still want to see Trump’s taxes.

While some may consider this debate long over and fruitless, the reality is that a whopping 80 percent of Americans want the President to increase his transparency by releasing his tax returns. That number comes from a MoveOn.Org poll.

The poll also noted that 67 percent of Republicans want to see their president’s tax returns released, making it clear that an interest in transparency is a mostly bi-partisan issue.

President Trump promised at many different points to make his tax returns public, and still, he has shown no indication of releasing the returns.

In fact, in response to the protests on Saturday, President Trump issued a series of tweets suggesting that the protests were disingenuous and that the issue no longer mattered.

I did what was an almost an impossible thing to do for a Republican-easily won the Electoral College! Now Tax Returns are brought up again?

I did what was an almost an impossible thing to do for a Republican-easily won the Electoral College! Now Tax Returns are brought up again?

Of course, for the thousands who marched over the weekend, this response from Trump was perfect – an indication that their efforts had not gone unnoticed by the egotistical leader. Though there is now no real motivation for Trump to release his tax records, it is clear that it is an issue that is and will continue to be very important to the American people.

Trump’s approval rating may climb with each bomb he allows, but it will always be irreparably damaged by these lacks of transparency and honesty.