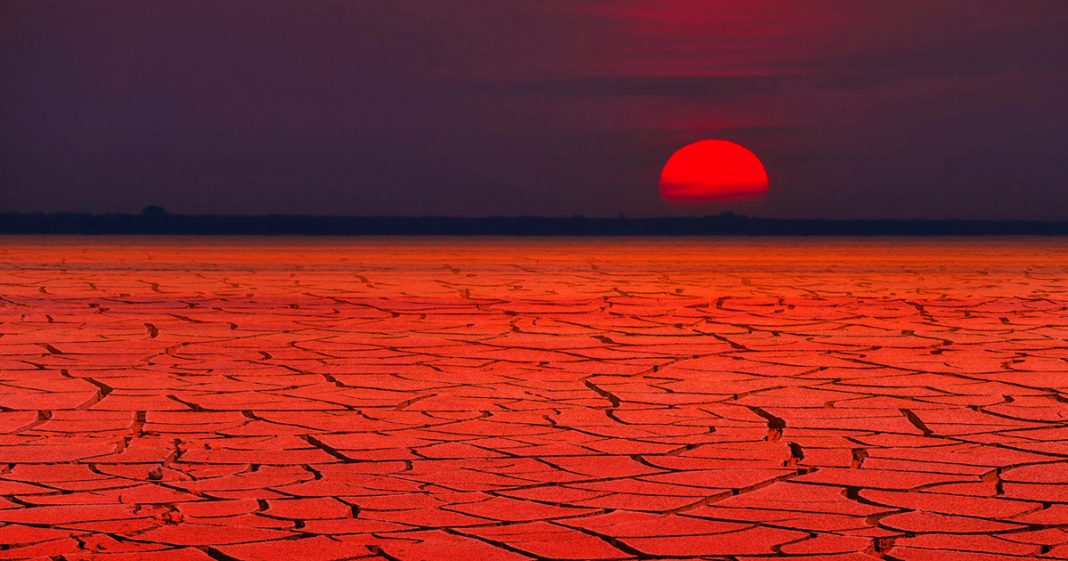 The Republicans always love to tell us that they want to cut environmental protections in order to save American jobs. Now, not only do regulations not kill jobs, but this talking point is merely a smoke screen that Republican politicians use to give corporations the green light to destroy the planet. Donald Trump is doing his part to make sure corporations can decimate our environment. Zoë Carpenter from The Nation Magazine joins Ring of Fire’s Farron Cousins to discuss how the President is weakening environmental protections.

Farron: The Republicans always love to tell us that they want to cut environmental protections in order to save American jobs. Now, not only do regulations not kill jobs, but this talking point is merely a smoke screen that Republican politicians use to give corporations the green light to destroy the planet. Donald Trump is doing his part to make sure corporations can decimate our environment. I’m joined now by Zoe Carpenter from The Nation Magazine to tell us how the president is weakening environmental protections. Zoe, thanks for joining me today.

Zoë: Hey, thanks for having me on.

Farron: You wrote a phenomenal piece in The Nation recently talking about two orders from President Obama that Donald Trump recently rescinded that basically make it almost impossible for the United States to really properly prepare for climate change, negate any of the negative effects, extreme weather that we’re seeing. Walk us through what Donald Trump has done recently to destroy environmental protections in the United States.

Zoë: Sure. A couple of weeks ago he issued an executive order that was mainly directing a variety of federal agencies to begin the work of dismantling the Obama Administration’s climate legacy. So things like the Clean Power Plan, the moratorium on the Federal Coal Leasing Program. It’s important to note that the executive order doesn’t, itself, do away with those programs and orders. It just starts the process. In some cases it’ll be a multi-year process of trying to undo some of those regulations.

One of the things that wasn’t as noticed about this order is that it also rescinded two Obama Administration directives that had nothing to do with additional regulations on industry. These two Obama directives were the backbone of the government’s climate adaptation work. Essentially, in brief, what they did was direct federal agencies to consider the risks from heightened extreme weather events and then to prepare for those risks to both protect taxpayer investments and to help local communities get ready for things like extended droughts, lengthened wildfire season, and bigger and more destructive storms.

Farron: Basically, and you point this out in your article, this wasn’t necessarily a partisan issue. Whether or not you accept the science or you reject it, you still kind of have to agree that it’s probably a good idea to have coastal cities prepared in the event of a hurricane, or other areas prepared for floods, or droughts, or whatever kind of weather event could happen. Yet, for some reason, our current president thought it was a good idea to go ahead and say, ‘No. We don’t … We don’t want to prepare for these things. We, we don’t want to allocate any, uh, uh, money towards these programs. We don’t want to work to build up infrastructure to protect ourselves.’ To me, especially given the fact … I understand when Republicans cut environmental protections. They’re doing it for corporations. Corporations want that. But this specific directive, I’m grasping trying to find a motive here, because this is actually bad for business, bad for economies, bad for the planet. I don’t understand why he would go after this specific ruling.

Zoë: Yeah, it does seem pretty petty just trying to dismantle as much of the Obama Administration’s legacy as possible. Like you say, it is bad for business in the sense that preparing for storms and other adaptation work is really … That’s infrastructure spending. That creates jobs. You have to build seawalls. You have to, in some cases, move buildings. You’re weatherizing buildings. There are a whole suite of projects that fall under this kind of adaptation and risk management work. It actually, according to a recent article in Wired, the “adaptation economy” worldwide amounts to about $280 billion every single year. That’s a missed opportunity to invest in American business and American infrastructure.

Farron: What’s really interesting, as far as the entire climate discussion goes, here in the United States, I think the economic part has been missing from most of the conversations because we do understand. We have plenty of studies out there that have shown that whenever we enact new regulations, new safety standards, if it does get rid of jobs in the energy industry, the dirty energy industry, it actually creates more jobs on the regulatory side. There is still a net job gain, a net benefit to local economies because of these. For compliance issues, people have to spend more money. There’s more people out there making sure corporations are playing by the rules. Those are jobs. That economic part, the economic impact of these regulations on the positive side, is something that very few people are talking about, and especially when we get into this issue of the adaptation economy. We’re talking hundreds of billion dollars across the globe a year that we’re effectively trying to opt-out of here.

Zoë: Not only that, it’s not only opting out, but we’re setting ourselves up for massive costs if we don’t prepare for the extreme weather events that scientists predict are coming. Take, for example, the Louisiana floods that happened last year. That cost $9 billion in the state and 13 people died. It was just one of 15 natural disasters last year that cost more than a billion dollars. If we don’t start preparing for torrential downpours or flooding, for extended drought, for rising sea levels, not only are we missing the opportunity to invest in the adaptation work, but you’re also setting yourself up to incur huge costs from natural disasters that, if we can’t prevent them, at least we could prepare for them.

Zoë: Thanks for having me.