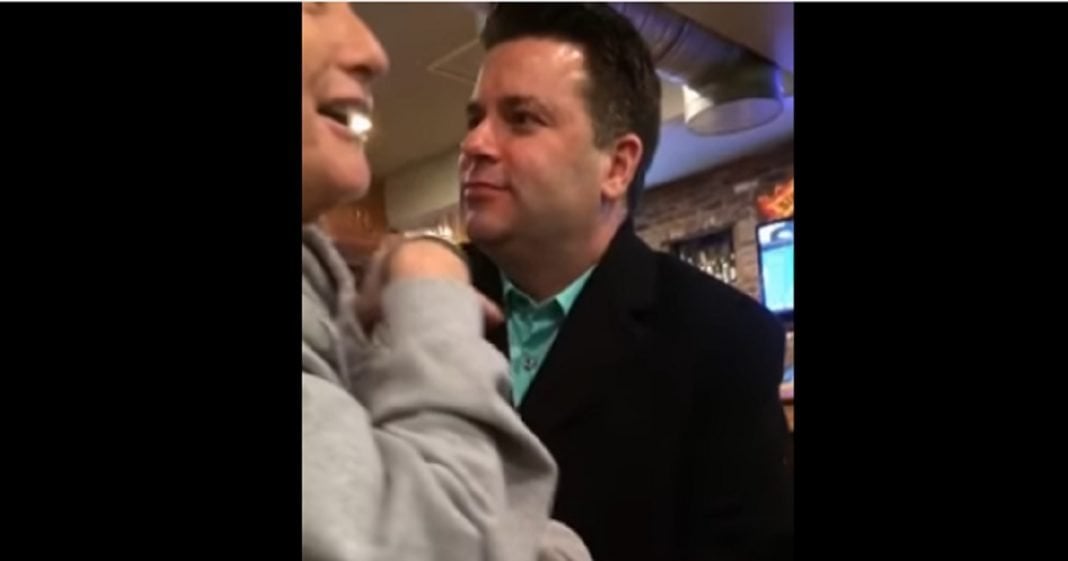 In the modern age of high quality video capabilities on cell phones and the ability to share anything with anyone via the internet, politicians who do bad are finding it harder than ever to divorce their political careers from their personal lives.

Thus was a lesson learned by a New Jersey Republican who was vying for a seat on the assembly when a 10 second video ruined it all.

Brian McDowell, a supporter of Trump and past Apprentice candidate, was enjoying the support of the Cape May County Republican Party for his assembly seat, but it was all ripped away this week when a video of McDowell, drunk, made the rounds online.

In the video, a clearly intoxicated McDowell is seen hitting on an unnamed woman, telling her, “You should fuck me.”

McDowell continues, “It would really be good. Listen, you never know.”

But it appears that now, McDowell may “never know” what it feels like to hold public office.

In an attempt to salvage his reputation, the real estate broker has apologized, comparing himself to Jesus in the process.

“There are human errors and even Jesus dropped the cross three times,” he explained. “I’m not running to be the pope.”

But McDowell didn’t stop there – he also told Politico that there was something good to take away from the humiliating video clip:

“Yes, I had a couple of drinks but it also shows the confidence that I have in a room. And I believe in life most people enjoy confidence.”

The only problem with taking that stand, Brian, is that so often, those who believe they are acting out of confidence are really acting out of sheer stupidity.