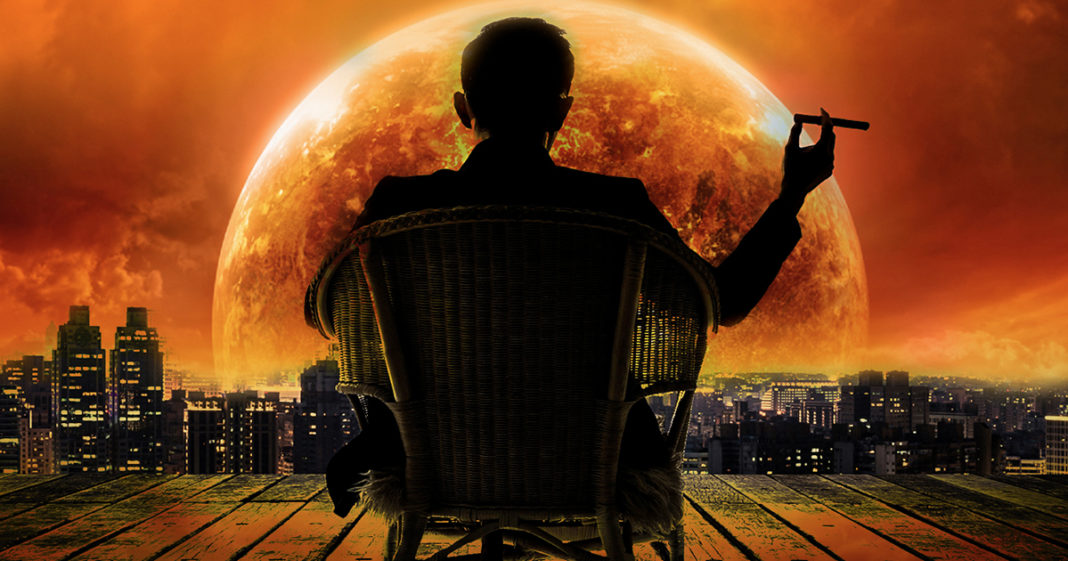 The common meme from Republican politicians – which many of them justify with narrow and literal interpretations of certain passages in the Old Testament – is that those living in poverty are poor because they are immoral, weak, lazy and irresponsible. Either that, or they’re simply not smart enough to keep up with the frequently changing 21st-Century workplace.

Like so much right-wing rhetoric, this is at best a gross over-generalization, and at worst, is total and complete B.S. In fact, poverty continues to exist because it is making a few people at the top very, very rich. Like usual, those benefiting from it don’t give a tinker’s damn that what they are doing is destroying families, lives and the very fabric of society.

Case in point: landlords. This is the subject of a recent book by Harvard sociology professor Matthew Desmond. Published last year and this year’s Pulitzer Prize winner for General Nonfiction, Evicted: Poverty and Profit in the American City is a hard-hitting examination of how landlords in one U.S. city have gotten wealthy by throwing their tenants on the street.

Over a fifteen-month period in 2008 and 2009, Desmond gathered data and spent time living with low-income residents in a trailer park and a rooming house in Milwaukee, Wisconsin. What he learned was surprising.

In his book, he writes:

“I was shocked to discover that one in eight Milwaukee renters experienced at least one forced move – formal or informal eviction, landlord foreclosure or building condemnation –  in the two years prior to being surveyed.”

That wasn’t the only surprise. Speaking with a local reporter last year, Desmond said that he had expected job loss to be the main cause of these evictions. However, what he discovered was the opposite: “Eviction is a bigger cause of job loss than the other way around.”

Those evictions create a vicious, self-perpetuating cycle. Being evicted makes it more likely that a worker will find him or herself unemployed, Desmond says, adding,“An eviction is an incredibly time consuming and stressful event.” It literally upends one’s life, creating strained relationships with supervisors, especially in low-wage jobs.

Low wages are another exacerbating factor in this growing crisis. Ideally, a family should not have to spend more than 25-30% of their income for housing and utilities. However, the new low-wage economy, deliberately engineered by the GOP over the past thirty years, has created a situation in which many families wind up spending 50-75% of their income just to keep a roof over their heads – leaving very little for food, medicine and clothing or anything else. And with skyrocketing property values and taxes and ongoing gentrification in larger cities (and even smaller ones), the situation will only continue to get worse.

That’s not the worst of it. When a family is evicted, possessions, friends and a sense of community are lost – and it becomes even more difficult to find housing again. Desmond points out: “It takes a good amount of time and money to establish a home. Eviction can erase all that.”

Shockingly, the wave of evictions America has seen since Wall Street nearly destroyed the economy in 2008-09 with their subprime mortgage shenanigans is a new phenomenon. Even during the Great Depression of the 1930s, evictions were very unusual. Over the course of his research, Desmond discovered that evictions in those days were such a rare event that they would provoke sizable protests. Things have certainly changed as American society has become more heartless. He writes:

“These days, there are sheriff squads whose full-time job is to carry out eviction and foreclosure orders. There are moving companies specializing in evictions, their crews working all day, every weekday.”

And what happens to the landlords? They’re laughing all the way to the bank. One trailer park owner rakes in $400,000 a year from 131 trailers, many of which are barely fit to live in. Another Milwaukee slumlord can afford to take vacations in the Caribbean every year and live it up at real estate conferences. And they can throw their tenants out on the street for any reason – or no reason at all (known as “no cause evictions”).

Over seven decades ago, psychologist Abraham Maslow came up with his now-famous “Hierarchy of Needs.” It dictates that a person’s most basic needs – air, food, water and shelter – must be met before s/he can do anything else, such as becoming a productive and contributing member of society.

On his book’s website, Desmond accurately points out: “Without a home, everything else falls apart.”

It is something that the cruel self-serving monsters who run the country and manipulate the economy for their own benefit will never, ever understand – even if they wanted to.