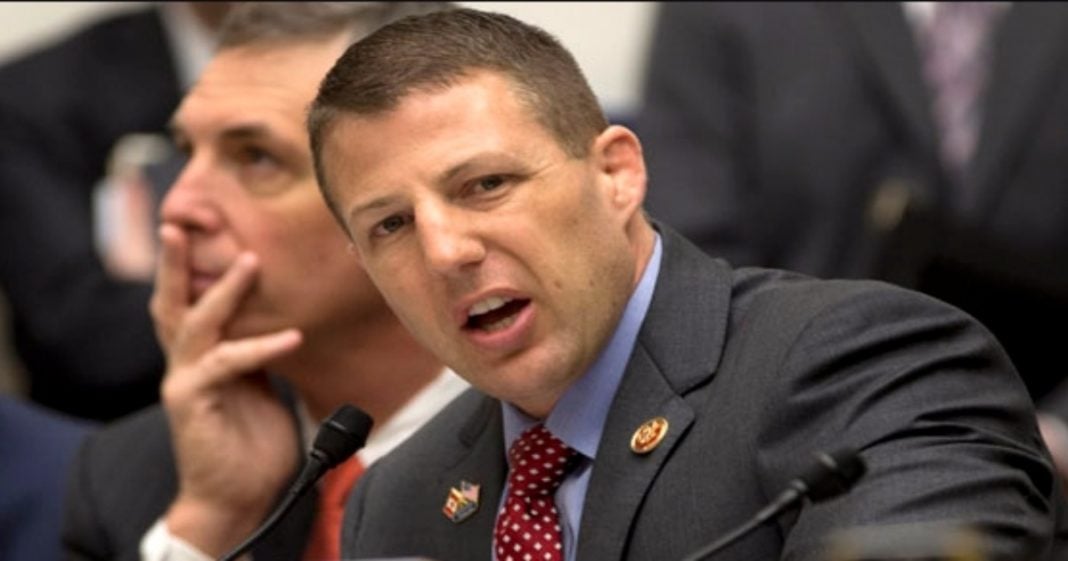 An enraged Congressman engaged in a bit of “fake news” this week when he angrily told constituents at a town hall that he owes them nothing.

Rep. Markwayne Mullin (R-Okla.) was attending a heated town hall when constituents reminded the Congressman that it is their tax dollars which pay his salary, meaning that he should be beholden to them and their desires.

Rather than accepting that basic knowledge as fact, Mullin hit back, saying that it was “bullcrap” to suggest that taxpayers pay his bills.

“You say you pay for me to do this? That’s bullcrap.”

“I pay for myself. I paid enough taxes before I got here and continue to through my company to pay my own salary. This is a service. No one here pays me to go.”

Mullin clarified his remarks, noting that the majority of his income comes from elsewhere.

“I’m just saying … this is a service for me, not a career, and I thank God this is not how I make my living.”

Mullin is the owner of multiple companies which fall under his corporation, Mullin Plumbing.

Regardless of what Mullin was trying to say, his assertion that he owes nothing to the people he represents is dangerous, offensive, and wrong. If one aspires to hold public office, one must accept that fact that they are beholden to the people who put them in office.

Hopefully, constituents will remember Mullin’s independent nature next time he is asking for their vote.