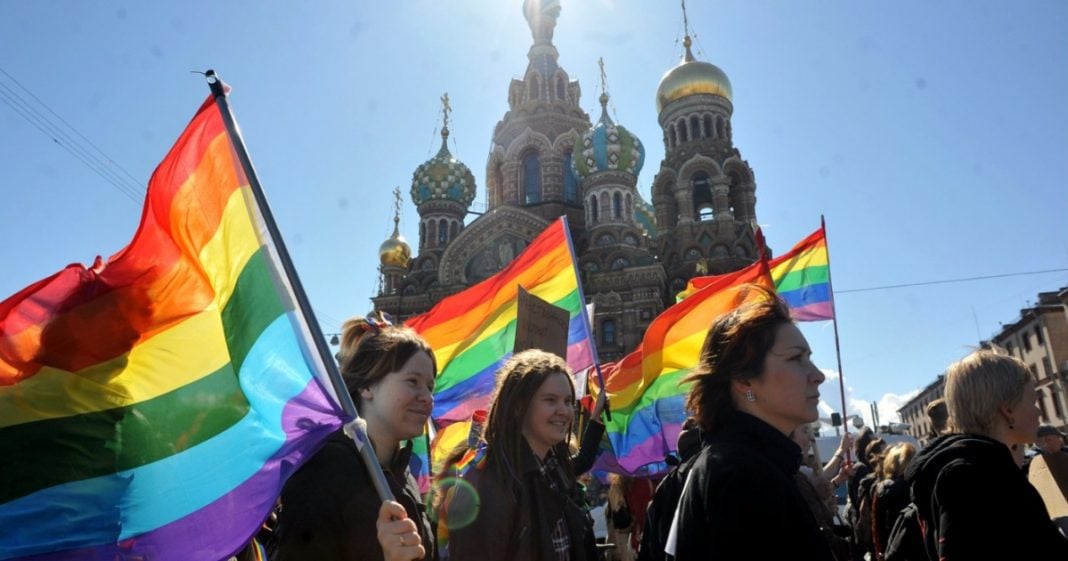 Thus is the ongoing humanitarian disaster taking place in the Russian-controlled state.

Despite officials’ denial, several persecuted residents have reached out to Russian LGBT groups, desperate for help.

“Since news broke nearly two weeks ago of authorities in Chechnya arresting men suspected of being gay and torturing them in a secretive detention center, a Russian emergency hotline said it has received increasing pleas for help from people who have been targeted.”

These groups say that they are receiving several messages each day, all begging for protection from the assault by their government.

Police have been arresting men that they suspect of engaging in homosexuality and taking them to military barracks in Argun, Chechnya. Once there, the men say that they are tortured and even killed.

According to Natalia Poplevskaia, the International Advocacy Officer and Monitoring Program Coordinator with the Russian LGBT Network, as many as 20 suspected LGBT residents have been killed this way since February.

Since the reports were first made of these torture camps, Russian and Chechen officials have remained mum.

“A spokesperson for Chechnya’s leader, Ramzan Kadyrov, denied the existence of LGBTQ people in Chechnya, telling the Interfax news agency, “You cannot detain and persecute people who simply do not exist in the republic.””

Others suggested that regular residents should “hunt down” homosexuals so that the state needs not do it themselves.

As for Russia, Putin’s spokesperson Dmitry Peskov suggested that those who are accusing the Chechen government of torture and murder should file an official complaint. That’s really no surprise considering Putin’s treatment of LGBT in Russia.

When Secretary of State Rex Tillerson met with Vladamir Putin on Wednesday, it does not appear that at any time, they addressed these arrests or deaths. The State Department did issue a request that Russia investigate the continued disappearances, though they may simply ignore that request.

“We urge the Russian government to conduct an independent and credible investigation into the alleged killings and mass arrests, and hold the perpetrators responsible.”

Unfortunately, though these atrocities continue, there doesn’t appear much that a concerned individual can do. According to reporter Maxin Eristavi, Chechnya has become extremely closed off from any human rights groups or LGBT community centers in recent years. This leaves the LGBT population there vulnerable to persecution with little to stop it.

Eristavi encourages allies outside of Chechnya to hold their own protests at Russian embassies and consulates. He also suggests making donations to LGBT aid organizations.

This story has existed for two weeks, but it is just now gaining attention from the mainstream media. If interested and concerned parties work hard enough, we can put pressure on Trump and/or Tillerson to bring these atrocities to the attention of Putin and possibly bring an end to this modern concentration camp.