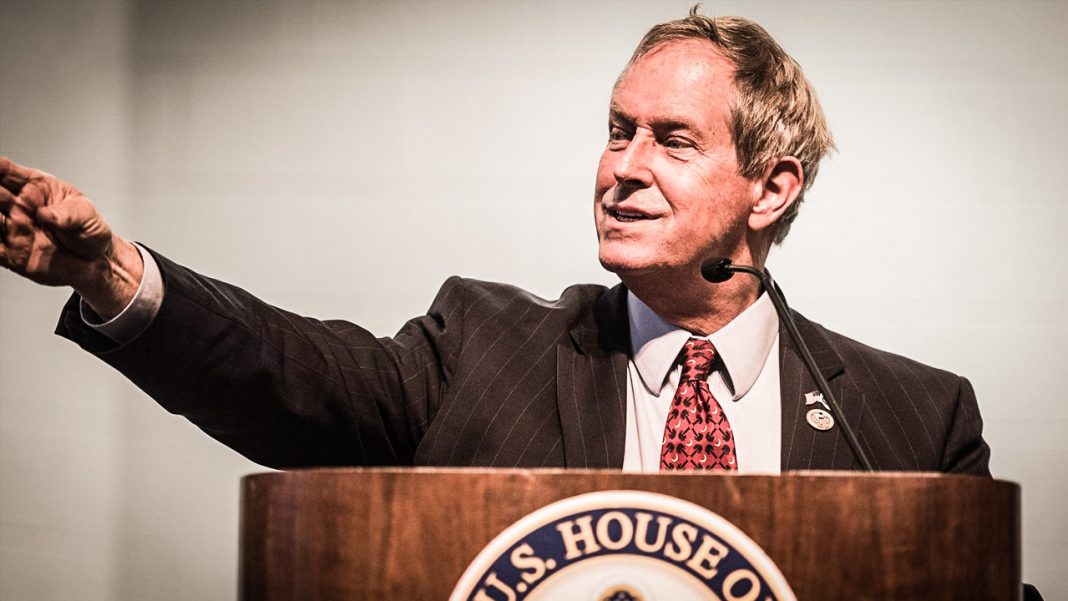 Joe Wilson, the Republican who famously yelled “You lie” at President Obama during a joint session of Congress many years ago, hosted a town hall this week where he was greeted to the same chant when he tried to convince the crowd of 200 that the Republican healthcare plan was a good idea.  He also claims to support victims of domestic violence, even though he voted against legislation to protect them, which also drew some negative chants and “boos” from the crowd. Ring of Fire’s Farron Cousins discusses this.

Many years ago, President Obama was giving an address to a joint session of Congress. He was discussing the Affordable Care Act and how it was going to help millions of Americans finally get insurance. It was going to be an affordable way to get people health insurance coverage. During this address, Republican Representative from South Carolina, Joe Wilson, decided to just shout out, “You lie.” That was the maturity level of Joe Wilson at the time. He thought, “Hey, this is a great time for me to get people to finally learn my name. I’m going to yell “you lie” to the President of the United States during a joint session of Congress, because that’s the kind of person I am.”

For the longest time, Joe Wilson actually felt no repercussions of that other than a little bit of publicity, until this week, when this happened. My question now for Republican Joe Wilson is how does it feel? See, the difference here is that when you yelled, “You lie,” to President Obama, he wasn’t actually lying, but when your own constituents yelled it back at you, you were lying. You were sitting there trying to sell them a disastrous Republican health care plan that’s going to strip them of their health care coverage. It’s going to kick them off of insurance rolls. It’s going to do nothing to lower costs for people in terms of premiums and prescription drug coverage. It’s basically just a tax giveaway to the top 1%. You were lying to your constituents, and they called you on it, and they called you on it in a way that only you deserve.

Furthermore, what got people in that crowd so worked up is the fact that Joe Wilson also claimed that he supports the victims of domestic violence. He really feels for those women who get assaulted by their husbands or boyfriends, spouses, whatever, except for the fact that he actually voted against the Violence Against Women Act, and his constituents, again, know that. They know that he doesn’t mean it when he says he cares about women. They know he doesn’t mean it when he says that he cares about giving them affordable health care coverage. Joe Wilson is a liar. What’s happening to him today is what’s happening to Republicans all over this country.

Suddenly, we have an American public, an American voting base, that understands what’s happening in this country, and they understand who is responsible for it, and that is the Republicans. When you control all three branches of the federal government, yeah, you’re going to get blamed for everything, because you are, in effect, responsible for everything. Again, for the first time in all my years of doing this, I see an American public that has woken up, that is paying attention, and that is getting active, and more importantly, getting angry.

Sitting by saying, “Well, this is just how it goes,” being complacent, is being complicit. You have to get out there. You have to do what these people at the Joe Wilson town hall did, and you have to hold these people accountable for the rights that they are trying to take away from you every day in the halls of Congress. It took a while, but Joe Wilson finally felt karma.