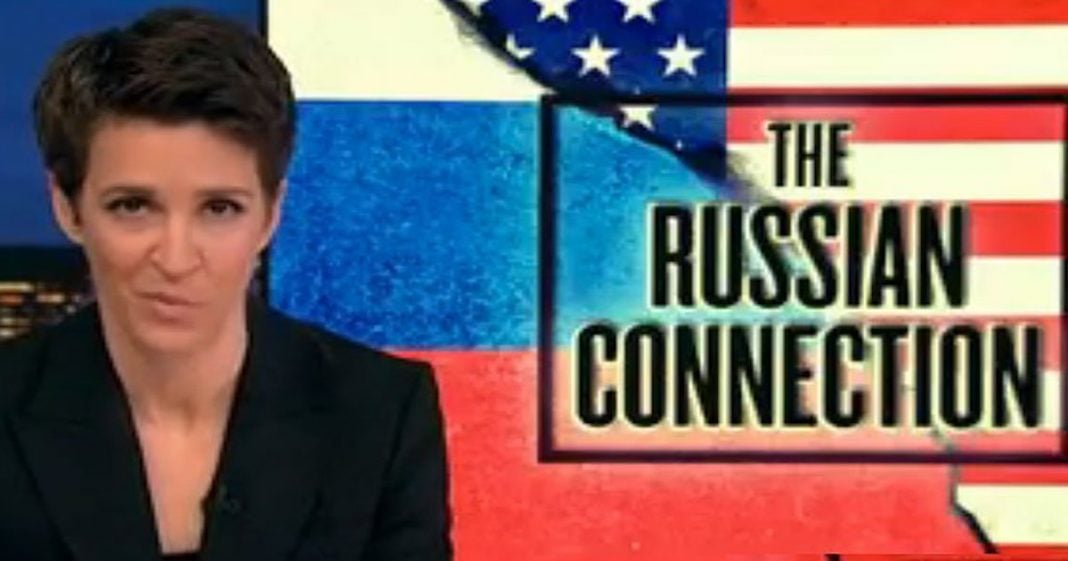 On Wednesday, The Intercept’s Aaron Maté published a unique look into Rachel Maddow’s coverage of all things Russia and her corresponding ratings spike. In a quantitative look at Maddow’s coverage between February 20 and March 31, The Intercept found that 53 percent of her broadcasts were devoted to Russia. Simultaneously, Maddow is enjoying her best ratings since 2008.

While Russia is certainly a topic worth discussing, other major stories would have presumably been covered heavily. However, sensationalism wins out with Maddow. The article found that:

Maddow, a Rhodes Scholar, has long been an influential liberal voice on cable television. Her persistent reporting has had a profound effect on the national discussion of social issues and her reporting from Afghanistan earned her an Emmy. So it is surprising that a journalist of her caliber would turn to hysteria to chase ratings, while ignoring other major stories.

For instance, on March 13, the Congressional Budget Office declared that the GOP health care bill could see up to 24 million Americans lose their health coverage. Instead of devoting a show to addressing the health care crisis in America or the Republican’s incompetence, Maddow spent over 20 minutes attempting to tie Preet Bharara’s firing by Trump to his investigation of Russian money laundering. The health care bill was covered for less than five minutes.

The Intercept asserts that Maddow could be a key figure in discussing the Democratic Party’s woes stemming from their loss in November and pushing toward defeating the Republicans in 2018. However, Maddow’s Russian coverage has usurped that topic:

“Given her political expertise, journalistic acumen, and influential platform, Maddow is ideally suited to explore the Democrats’ 2016 electoral collapse in an insightful way. But the time and investigative zeal that Maddow has devoted to Russia has come at the cost of any such analysis.”

As international tensions are rising and the United States is under the control of people that care nothing about fixing the very real problems facing our country, an intelligent commentator like Rachel Maddow could give an eloquent voice to the dissatisfied public. As the Democratic party is split between the progressive and establishment wings, Maddow could offer a unifying message.

Instead, the once influential liberal journalist has become a bought-and-paid-for talking head. Maddow has chosen the path followed by all corporate media, eschewing fact and peddling outrage, even if that outrage is purely manufactured. In Rachel Maddow’s world, ratings and the advertising dollars that they rake in are far more important than substantive journalism.