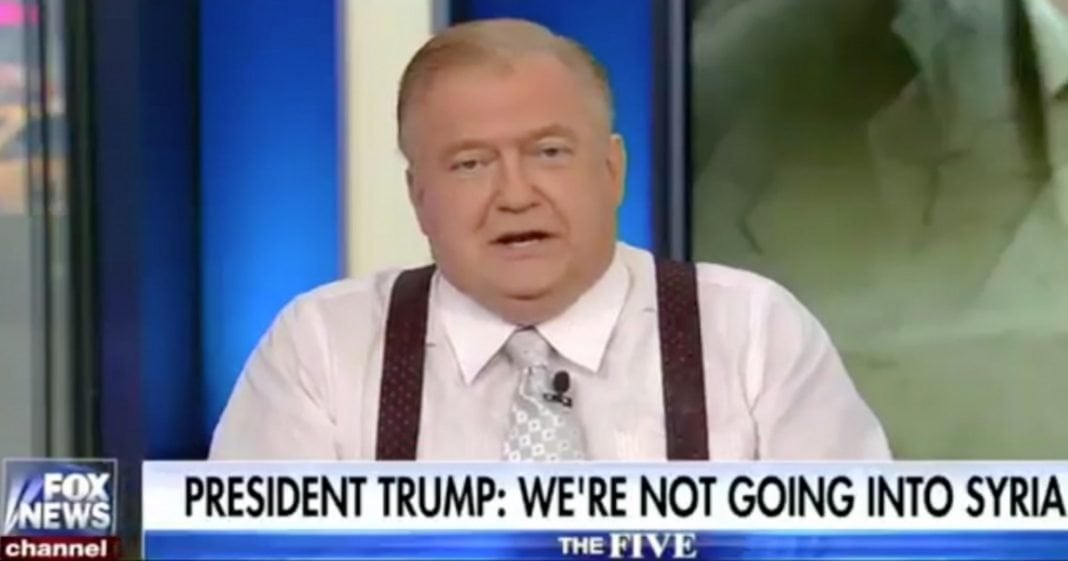 White House Press Secretary Sean Spicer is under intense scrutiny for his inaccurate and puzzling comparison of Bashar al-Assad to Hitler. However, it seems that Spicer’s pals at Fox News have his back, choosing not to air the Press Secretary’s comments during their talk show “The Five.”

The controversy started during Tuesday’s presser when Spicer attempted to criticize Russia’s support of Assad, even after the Syrian leader seemingly used chemical weapons on civilians. Instead, Spicer ended up oddly defending Hitler:

“You had someone as despicable as Hitler who didn’t even sink to using chemical weapons!”

The backlash was immediate and intense. Spicer attempted to clarify his statements, but failed miserably in doing so and continues to fumble through apologies on Wednesday.

I made a mistake-there’s no other way to say it-I got into a topic I shouldn’t have and I screwed up #TrumpandthePress #SeanSpicer @PressSec pic.twitter.com/L7iiAMUMOQ

Most media outlets have been quick to condemn Spicer’s comments and pressure is mounting for him to step down.

However, a producer at Fox News’ “The Five” tried to omit Spicer’s comments from their coverage. It was an omission that left-leaning host Bob Beckel, could not let slide:

“I can’t let this go because our producer didn’t put it in the line up. But Sean Spicer, the president’s press secretary, said today that “Unlike Hitler, Hitler didn’t gas his own people”. Referring to Assad. Sean. go back and take a hard look at the second World War,  where was gas used.”

For some reason, co-host Greg Gutfeld attempted to defend the embattled Press Secretary, saying, “obviously he made a mistake, Bob. Thank god none of us make those mistakes like that.” Beckel fired back, “that’s a pretty big mistake.”

You can view the exchange here (story continues after video):

It comes as no surprise that Fox News would attempt to whitewash unfavorable news coming out of the Trump White House. We know the President has developed policy positions simply from watching pundits on the network. With Trump possibly watching, the show’s producer was willing to cover up even the most heinous comments from the President’s spokesperson.

Then again, maybe it was simply a ratings decision. Fox News knows their audience and they know that their viewers will support whatever Spicer says, even if it includes defending Hitler.