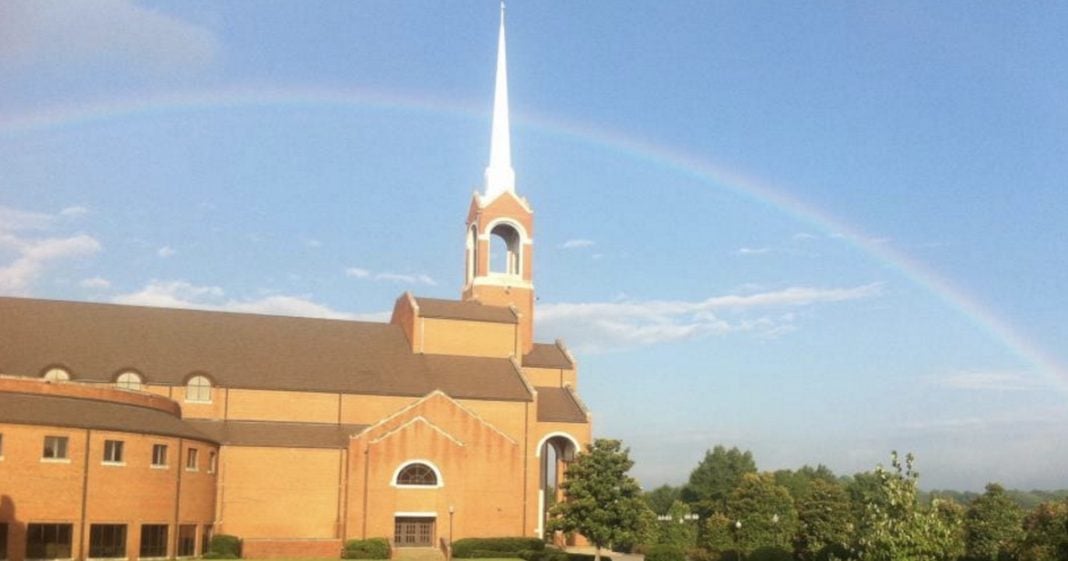 On Tuesday, Alabama’s Senate approved a bill that would allow a church to create its own police force. Birmingham’s Briarwood Presbyterian Church wants to take law enforcement into their own hands, citing mass shootings as a cause for concern.

The megachurch has 4,100 members and approximately 2,000 students and teachers that need to be protected, according to church leaders. In a press release, the church said:

“After the shooting at Sandy Hook and in the wake of similar assaults at churches and schools, Briarwood recognized the need to provide qualified first responders to coordinate with local law enforcement who so heroically and effectively serve their communities.”

The church is citing an Alabama law that allows private universities and schools to have police officers as the basis for their request:

“Code 16- 22–1 of Alabama law provides for the employment of one or more persons to act as police officers at colleges and other private educational institutions. The church seeks to mirror that provision in a special law to be presented to the Alabama Legislature.”

While the church maintains that they will fully fund the police officers and that the officers “will meet all requirements and be certified by the Alabama Peace Officer Training Commission,” there are concerns that the police force would be unconstitutional. Randall Marshall of the ACLU said in a letter to the Senate that, “[v]esting state police powers in a church police force violated the Establishment Clause of the First Amendment.”

It is also concerning that the police force would report to the church officials, meaning that they could potentially be used to cover up crimes committed in the church and obscure investigations citing religious freedom. With private security and existing police coverage, the need for an independent police force is certainly curious. Detractors of the measure also worry that allowing the church to create its own police force would set a dangerous precedent for any private entity to create their own law enforcement.

Democratic State Senator Rodger Smitherman told NBCNews that he understands the reasoning behind the church’s request, as it is located “in a remote area.” Additionally Smitherman said that church leaders eased his concerns that they would abuse their power.

“I voted to get it out of committee after getting assurances that they would act like a real police force and they would not be an agency that covers things up.”

In 2015, both the Alabama House and Senate passed similar legislation, but then-Governor Robert Bentley did not sign the bill into law. Now that Bentley has resigned, lawmakers are attempting to resurrect the legislation.

The Alabama House is set to consider the measure next week.