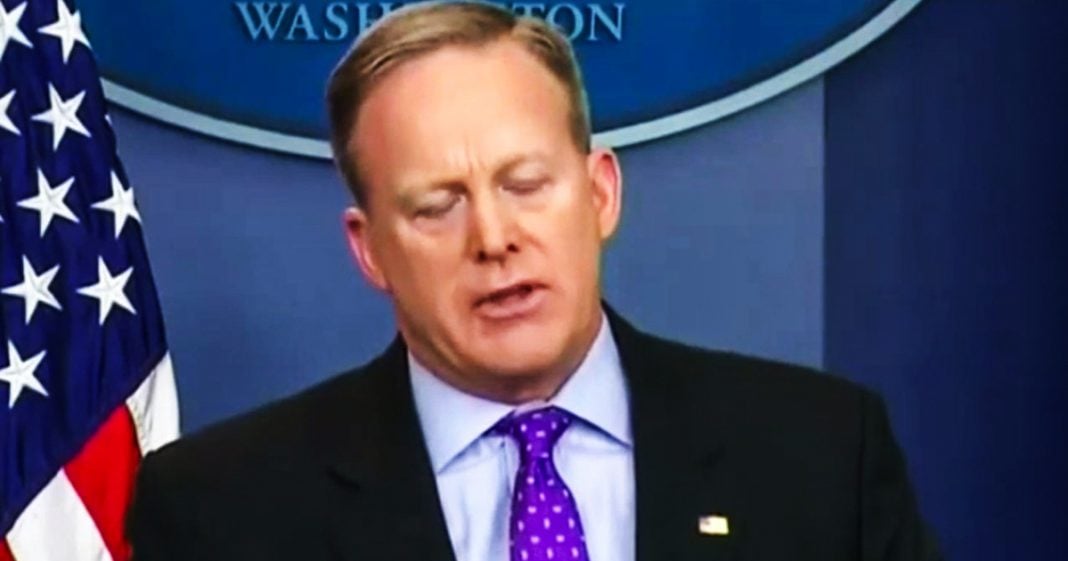 During Tuesday’s press Briefing, Pres Secretary Sean Spicer issued a false defense of Adolph Hilter while discussing the ongoing issues in Syria in response to a chemical attack and subsequent bombing by the U.S.

Spicer was attempting to condemn Russia for its continued relationship with the Syrian government when he made a massive misstep. Rather than making a good point about what Russia should do and how the American people should view that decision, Spicer instead distracted us all with a false, offensive narrative.

“You had someone as despicable as Hitler who didn’t even sink to using chemical weapons!”

Not surprisingly, anyone who heard that remark had to quickly pick their jaws up off of the floor. Is Spicer forgetting that gas chambers were a thing? Or is he siding with Stephen Bannon and forgetting entirely that the Holocaust ever happened?

Later in the presser, Spicer was asked to clarify his remarks concerning Hitler, but instead he only made things worse, responding,

“He was not using the gas on his own people the same way that Assad is doing.”

Spicer also said that he knew Hitler brought gas to the “Holocaust center,” whatever that is.

What does Spicer have to gain from engaging in yet another anti-Semitic scandal? Is he being tone-deaf, stupid, or nefarious?

Spicer: “You had someone as despicable as Hitler who didn’t even sink to using chemical weapons.” —via @MSNBC pic.twitter.com/512wfBOoq5