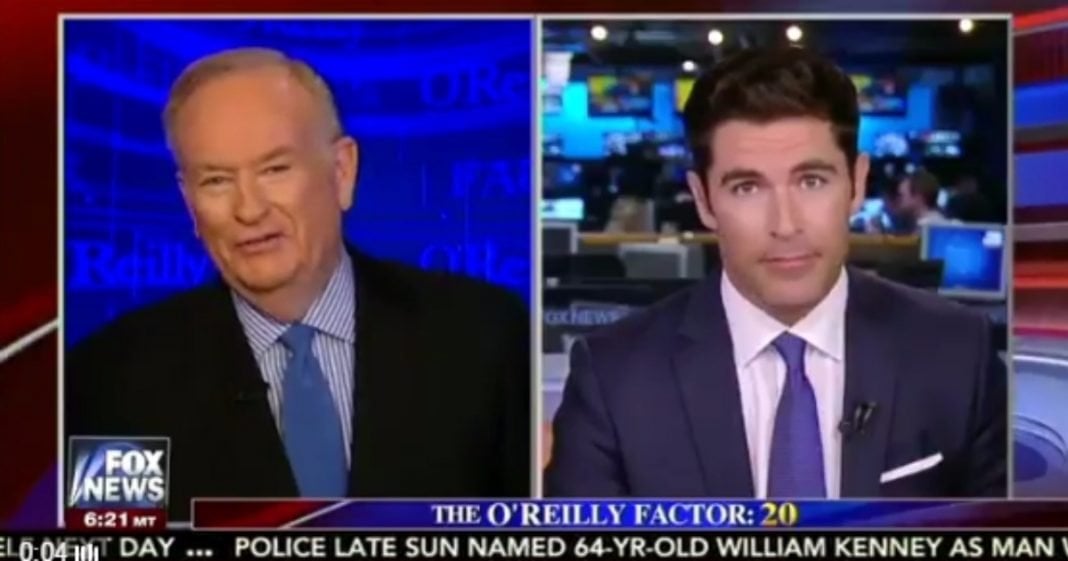 During the “O’Reilly Factor” on Monday evening, host Bill O’Reilly, currently embroiled in scandal, committed another major misstep when he gave a hearty chuckle in response to a now viral video of a United flight passenger being violently assaulted and dragged from a plane in Chicago.

Apparently Bill O’Reilly is eager to lose the five or so advertisers that he still has after the renewed interest in his sexual harassment proclivities.

The video showed a 69-year-old Asian doctor being pulled from his seat on-board a United flight against his will, slammed into a headrest, and then dragged unconscious by his arms down the aisle.

When the video concluded on “O’Reilly,” Bill came back, shockingly, smiling and laughing while another correspondent struggled to hide his disgust.

“I shouldn’t be laughing but it’s just so bizarre.”

Of course, the visual of seeing an innocent, fragile person being beaten and dragged against their will is nothing new for the Fox host. O’Reilly himself was accused of committing a similar violence against his now ex-wife, a traumatic event that his children witnessed and resulted in a loss of custody.

So maybe to a man who constantly peddles hate, violates the boundaries of women daily, and has beaten and abused his own wife, the image of an innocent, defenseless person being physically harmed is something to be laughed at. Either way, this is further evidence that Bill O’Reilly has no business being in the public eye or speaking a word of political advice to anyone other than his cat.

Isn’t it past time for this monster of a man to get his due?

Bill O’Reilly laughs at horrific video of passenger being dragged off of United flight. Then says: “I shouldn’t be laughing”