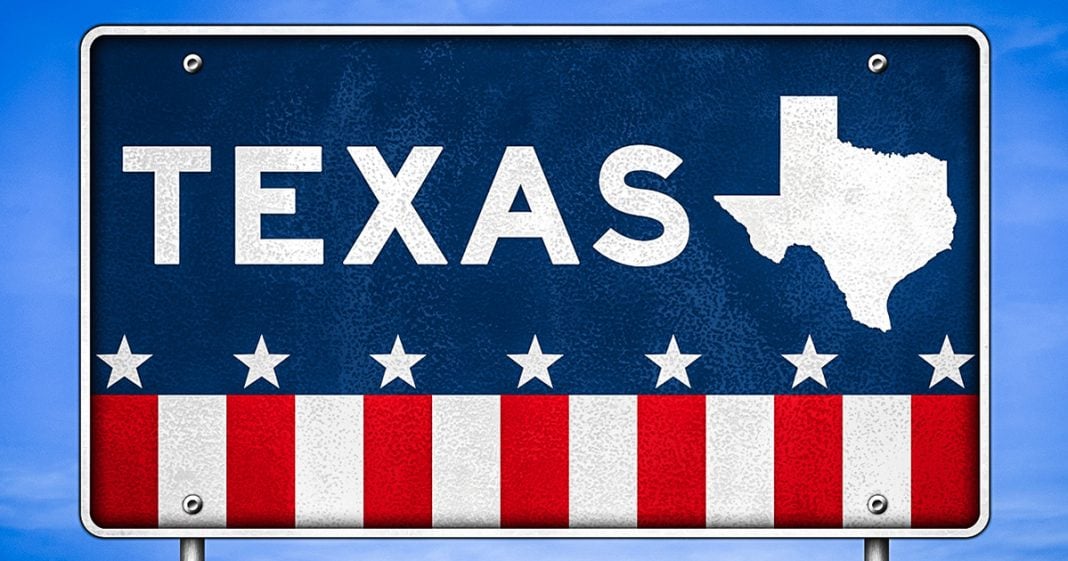 A federal judge has ruled that Texas’ voter ID was passed with the intent to discriminate against minority voters. In other words, the Republicans who rule the state of Texas are incredibly racist, and this is reflected in their attempt to prevent non-white citizens from voting.  This is the second time Texas has had their voter ID law struck down since 2014 on the grounds that it is discriminatory. Ring of Fire’s Farron Cousins discusses this.

In what should come as no surprise to anyone, a federal judge has struck down Texas’ voter ID law saying that it was passed at least in part with discriminatory intent in direct violation of the Voting Rights Act of 1965. What this means, to put this in really, really simple terms is that the judge, the federal judge, looking at this Texas voter ID law, SB 14, said that this law was clearly designed and passed because Republicans who control the state of Texas are a little too racist to be trusted to make laws. That’s what discriminatory intent means. It means that these people didn’t want black people to vote. It means that these Republicans didn’t want Hispanics to vote. They wanted to keep Texas lily white and bright red, and you know what? They’ve done a pretty good job in succeeding in that? Now I know in recent years Texas, some parts, is turning a little bit more blue and that’s why Republicans are so scared right now.

They understand that shifting demographics in their state indicate that, in just a few years perhaps, Texas may actually become a blue state with a majority of Democrats in their state legislatures and they’re not about to have that. They’re not about to let minorities come in and vote for people that might actually represent their interests, so they passed this voter ID law, which every time these things have gone in front of a federal judge, not just from Texas but other states around the country, it is almost always determined that these laws are incredibly racist, and that’s the point. Republicans were not shocked to learn this. They’re not shocked when federal judges hand down these decisions. They know exactly what they’re doing. They’ve admitted to it in the past at the Republican Governors Association meetings. They’ve said, “Yeah, we know that this is probably going to kick a lot of black people off the voting roles, but eh.” Right? That’s what they do. That’s the point of all of these laws.

Voter fraud is more rare you’re more likely to be struck by lightning in the United States than actually find a case of live in-person voter fraud, yet Republicans still use that elusive voter fraud boogeyman to convince us that we need these repressive laws as if somehow these make us safer. Do you even know what the penalty for voter fraud is? You could get up to 10 years in prison and a $1,000 fine for what? A net gain of plus one vote? Plus one vote for almost a decade in prison. Is that worth it? No. This is what’s so crazy about this. Republicans, well, I don’t think they believe that this is a problem, but there are plenty of Americans who think it’s a problem. Donald Trump up there telling us that we had three to five million illegal voters in the United States, Republicans still repeating that, saying that it’s true.