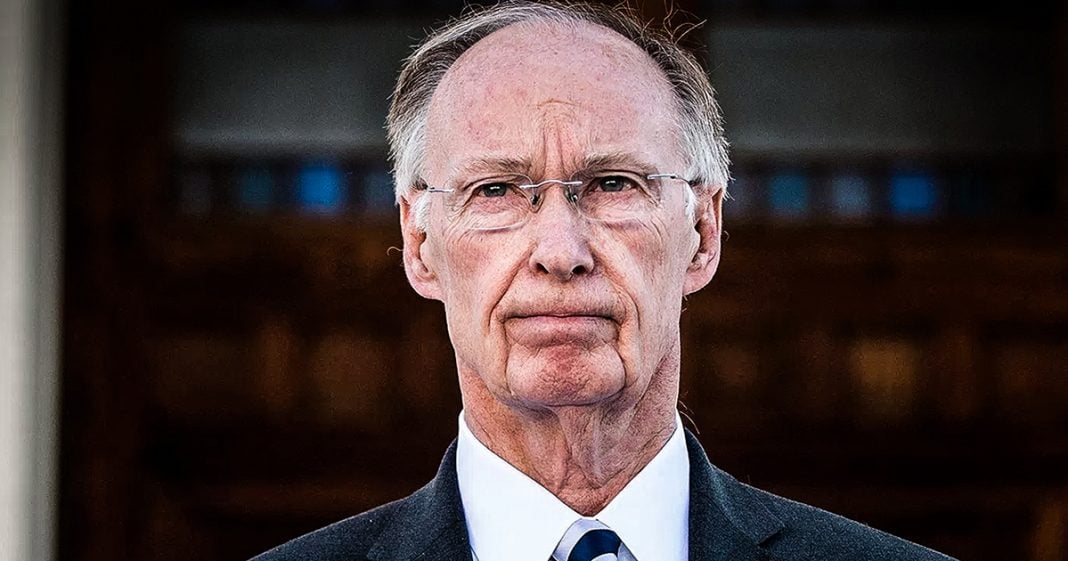 Alabama’s (former) Republican governor Robert Bentley has resigned after it was revealed that he used campaign money to cover up an affair and then repeatedly lied about doing so.  But that’s not even the worst part of this story – apparently, his mistress is the one who helped give the former governor ideas on how to suppress the minority vote in the 2016 election. Ring of Fire’s Farron Cousins discusses this.

On Monday of this week, Alabama’s Republican Governor Robert Bentley, resigned after it was revealed that he used campaign money to cover up an affair that he had been having with a woman. Now, here’s what’s fun about this particular story. The Governor or I guess I should say at this point, the former Governor lied abut the affair repeatedly for a couple of years. It was only in 2015 that his wife of 50 years finally decided to leave this jackass, because he’d been having the affair. He used thousands of dollars from his campaign funds, which is illegal to cover up this affair, and now he’s been I guess arraigned.

He was resigned. Yet out on a $300 bail. Far less than what a minor drug user would get in bail, gets to do 100 hours community service. Has to pay back I think about $36,000, then he moves on with his life, a disgraced GOP official. We got a lot of those running around this country right now. Again, it’s not just about the affair. What’s really interesting about this story, what’s really sick about this story, is that Governor Bentley’s mistress is the one who helped to persuade the Governor to shut down 31 DMV offices across the state of Alabama in an effort to suppress the African American vote in 2016.

Now this story was big news, but we didn’t know that it was the idea of the mistress. What we knew was that the Governor was proposing this cutback to the DMV offices, then open them one day a week for 3 hours and it was all in mostly minority, mostly black neighborhoods throughout the state of Alabama. It was in response to the fact that the state had passed the voter ID law, and now they wanted to make sure that these black voters could not get those ID’s. That idea, according to documents, according to what we’ve discovered during his impeachment hearings, which he resigned before they could finish them. That all came from the mistress.

This isn’t just a story about an affair. This is a story about a Governor who was so concerned about covering his ass and making his mistress happy, so she didn’t go public, that he was willing to listen to her policy ideas. Ladies and gentlemen, this is your modern Republican party.