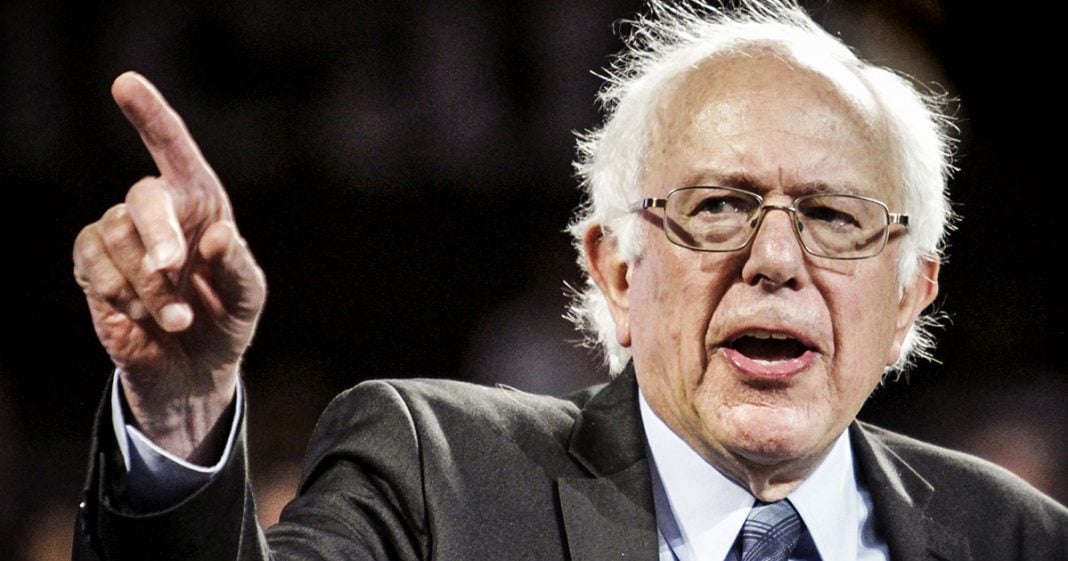 A new poll shows that Senator Bernie Sanders is still the most popular politician in the United States, but what’s even more interesting is that his policies like free public college and a Medicare for all plan are also insanely popular among both Democrats and Republicans.  But that hasn’t stopped establishment Democrats from undermining Bernie at every opportunity. Ring of Fire’s Farron Cousins discusses this.

For the second time in one month, a new poll has come out showing that Bernie Sanders, the Independent senator from Vermont, is the most popular politician in the United States with over a 75% approval rating. Now again, this is the second poll so this isn’t very shocking to anybody that’s been paying attention. But in the last week, Bernie Sanders has also announced that he is going to start a Bernie Sanders Show podcast that’s going to air online to help get young people, young politically active people, more active in American politics. To keep them informed. To keep the groundswell of support that he gained during the primaries moving forward and having people use that energy for something positive.

For example, the poll shows that the majority of Trump voters and Democrats and Republicans actually support a Medicare for all system in the United States where we could opt to buy into a government sponsored healthcare plan rather than purchasing from private insurance. The private insurance option would still be there if you want to do that but there would also be a government option that you could buy into. The majority of people support that. Bernie Sanders is trying to make that a reality.

In addition, the majority support debt-free college education at public colleges around the United States. Well, Bernie Sanders proposed legislation just last week to do that. They also support the importation of cheaper, safer prescription drugs from other countries to help lower the cost here in the United States. Again, another initiative that Bernie Sanders is working on.

So for all those Democratic establishment types who supported Hilary Clinton, who are still out there today trashing Bernie Sanders, saying that he’s got some kind of cult following, that he’s … It’s hip. You know, you’re like the hipsters of the political world if you support him. Trashing him, saying that he’s selfish, in this only for himself. I suggest you look at the legislation that this man is actually proposing. This isn’t about him. It’s literally about everyone else. And that’s what’s unique about Bernie Sanders. That’s why he is so popular. People do not see him as a selfish figure. They seem him as someone who is genuinely trying to help American citizens. Something that we don’t see in other politicians very often in the United States.

We see that in Bernie. And Bernie is out there trying to make a difference, not for himself, but for everyone else in this country. That’s why he’s the most popular senator, most popular politician in the United States today.