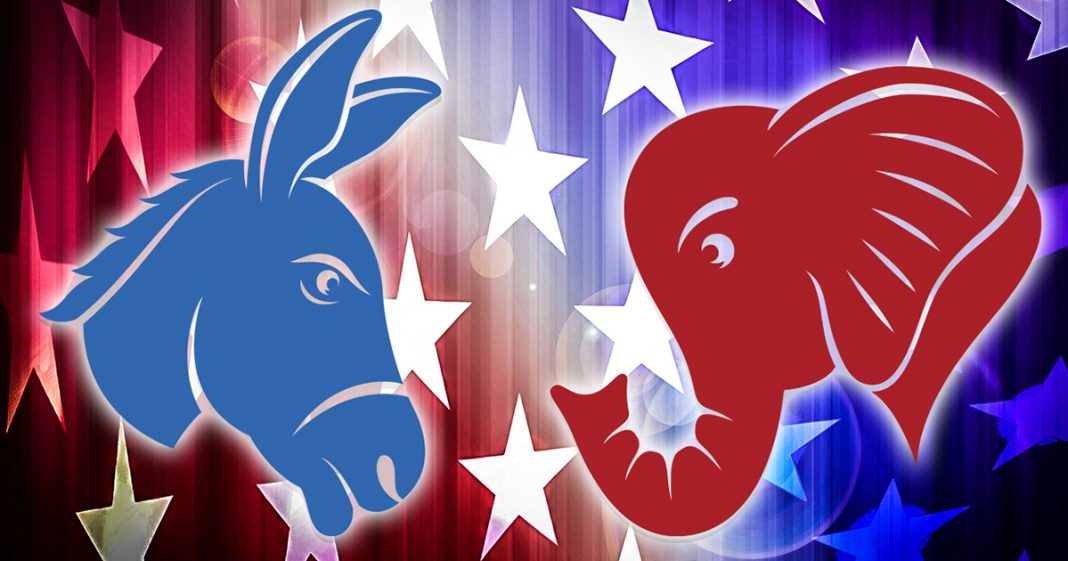 According to the latest projections, Republicans are already in bad shape for the 2018 midterms.  While there is still plenty of time for them to regain the upper hand, their legislative record and lack of enthusiasm among the public will likely be difficult to overcome, regardless of how much money they spend next year. Ring of Fire’s Farron Cousins discusses this.

In spite of all of the horrible things that have been coming out of the White House recently, out of the House, out of the Senate, there is a little bit of good news for the United States. That good news comes in the form of new analytics that show us that as of right now, Republicans will likely lose the 2018 midterms for the House of Representatives and flip the power in the House back over to the Democratic Party. Now, obviously some caveats with this, the first one being that this current trend has to maintain for another 19 months, which is incredibly unlikely. The other thing is that the Democratic Party, Democratic voters in the United States have to maintain the level of enthusiasm that they have today, and Republican voters have to maintain the same level of apathy and anger that they have today because that’s the big, driving force behind these new analytics is the fact that Republican voters right now are pretty pissed off.

They’re unhappy, and they’re unlikely to show up in the 2018 midterms because they’re beginning to understand that not only did Donald Trump lie to them, but the entire Republican Party led by Paul Ryan lied to them. Democrats, on the other hand, feel that the election of 2016 was stolen from them, which it was in the form of the electoral college and the electoral college only, so they’re mad. They want to get even. They want to get out there. They’re getting active. New candidates are running for office all over this country from the local level to the top level. True progressive candidates are getting active. That is what could end up flipping the House of Representatives. Now, this report from the Hill also makes sure to point out the fact that there are actually very few seats that are actually competitive due to Republican gerrymandering, but there are enough that are competitive to allow the House to flip over to Democratic control.

Here’s another reason actually why Republican voters are so apathetic at this point. We’re approaching the 100-day mark of the Trump administration, probably a little over 100 for the new Congress that was sworn before the President took office. They’ve literally accomplished nothing. The House of Representatives has not accomplished a single thing in 2017. They tried their best to strip millions of Americans from their healthcare coverage, but they failed. Once voters saw what the Republican healthcare plan actually included, what it would’ve done to them, they got pissed off. That was a double failure. People didn’t like the bill, and then they were pissed off that they couldn’t even pass it.

When you have the majority and you still can’t make it happen, when you control the House, the Senate, the White House, the Supreme Court, the majority of state governments, and you literally can’t do anything, yeah, voters are going to get pretty pissed off. That’s what we’re seeing across the country right now. Republicans are getting mad that you appear useless, and the Democrats are getting mad because they see what you want to do and understand what would happen if you were successful. The Republican Party right now in the United States is in bad shape. Don’t get me wrong, there is still plenty of time for Democrats to screw this up, and I’m sure they will find a way to do that. If current trends continue, if the Democratic progressive base stays active and energized and in this thing, we could very easily flip the House if only by a couple seats in the 2018 midterms. That could fundamentally change the direction of this country.