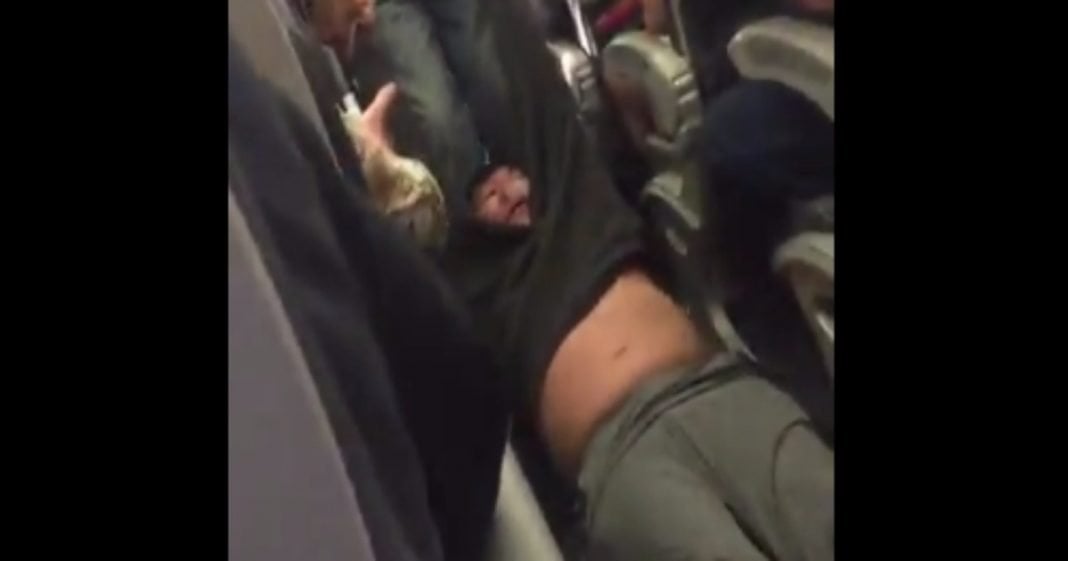 In another hit to the corporation’s reputation, a disturbing cell phone video is being circulated online today shows a paying United flight passenger being violently assaulted and dragged off of an overbooked plane.

The Sunday evening flight from Chicago, Illinois, to Louisville, Kentucky was overbooked, and the airline offered incentives to remove four passengers to take flights the next day at 3 P.M. in order to give the seats to four standby employees who were due to fly on other flights the following morning.

According to Courier-Journal, passengers were allowed to board, even as the company sought to find passengers to give up their seats. Financial incentives were offered, including a free night at a nearby hotel, but none took the offer. The offer was then increased to $800 before the flight team chose to randomly select passengers to eject.

The Asian passenger who was assaulted was one of four paying customers randomly selected by a computer program to be removed from the plane, but he refused to do so, saying he was a doctor and needed to see patients in the morning. A couple previously selected left the plane without incident, but when the male passenger refused to deplane, he was violently thrown against the armrest and then dragged, possibly unconscious, from the plane by his arms.

The man was later allowed back on the flight and many others asked to leave due to the disturbing incident.

United issued a statement in response to the event, apologizing for overbooking, but not for the way they handled the paying customer.

“Flight 3411 from Chicago to Louisville was overbooked. After our team looked for volunteers, one customer refused to leave the aircraft voluntarily and law enforcement was asked to come to the gate. We apologize for the overbook situation. Further details on the removed customer should be directed to authorities.”

Video of the event has already spread rapidly, and United is expected to take quite a hit for the horrific imagery. The event comes just weeks after United came under fire for refusing to allow girls wearing leggings to board a plane.

Doctor physically dragged off a United plane because of an overbooked flight.https://t.co/PxSFF4Xoo6…pic.twitter.com/HG5AKx1HTJ