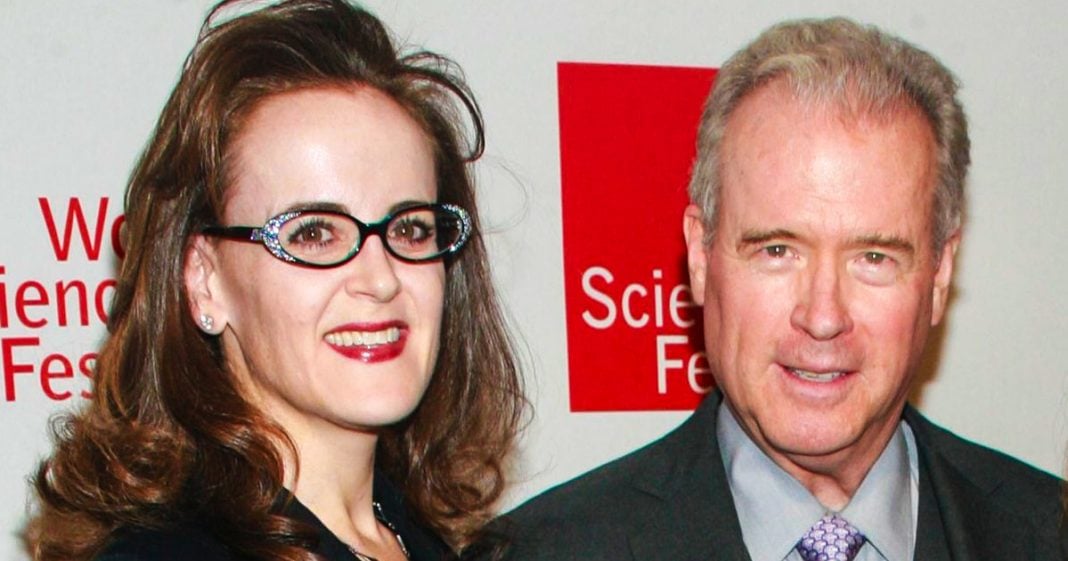 This presidential election cycle saw billionaire’s such as Paul Singer and The Koch Brothers, pull the purse strings from backing any of two dozens characters that stood on the Republican Stage during the Primaries… But one secretive family decided that this was their time to spend millions on influencing hard-right policy and media in America. Investigative journalist and New York Times Best-Selling Author, Vicky Ward, joins Ring of Fire’s Sam Seder to discuss her piece in The Huffington Post’s Highline Magazine, “The Blow-It-All-Up Billionaires.”

Sam: So, we’ve heard a lot less, Vicky, of the Mercers than we have, I guess, some other Republican stalwarts. Sheldon Adelson makes a little cameo in your piece. Of course, the Koch brothers. There are others, but give us a sense of when we talk about the Mercers, who are we talking about specifically from that family, and how long have they been this involved in Republican/Conservative politics, I guess, slash media?

Vicky: Right. So, people outside of the Republican world, the name Mercer, it is very new right?. We’ve all heard of the Koch’s and Sheldon Adelson. They’ve been around Republican politics for a long time. The Mercers matter in this context, but the two Mercers who matter are Robert Mercer, the 70 year old former computer scientist who in his ’50s became a very, very, very wealthy and successful hedge fund financier at a place called Renaissance Technologies, which is known for being a very sort of anti-establishment hedge fund. They typically don’t recruit from Wall Street. They want different kinds of brains, and they have had extraordinarily good returns, and the algorithms and how they use data is all kept very secret.

It’s quite a mysterious place. He’s the one who has all the money. He then has a wife and three daughters, and the middle daughter, Rebekah Mercer, who is 43 years old and very tall and sort of striking looking, is much more articulate than her father, who is famously sort of reclusive. He much prefers talking to cats than to humans. He has long held very, very right wing views. He’s told people inside this hedge fund that he really believes people who don’t earn very much money, he doesn’t see them as worthwhile people. They don’t add anything to society. They’re a kind of negative, and I think nobody who heard these views took them seriously until 2010.

In January 2010, the Citizens United decision gets passed which of course changes the political landscape completely because it means that individuals are now allowed … They can spend unlimited amounts of money on candidates and political think tanks and causes. Robert Mercer uses … This is when Rebekah, the middle daughter, who has I think got three or four degrees from Stanford, and of course spent a few years trading at her father’s firm, but she is basically a housewife living in New York where she home schools her four children. She has the time on her hands.

They started to attend the Freedom Summits put together by the Koch’s who back then were the sort of linchpin of all these conservative mega donors. I think they began … Rebekah who is the talker of the two felt increasingly frustrated that they were not sufficiently tough on trade and immigration. She also felt very annoyed that she wasn’t being listened to. She really started to make a name for herself when Mitt Romney lost in 2012.

Sam: All right Vicky, let me stop you there. Vicky, let me just stop you there and back up just a little bit because it’s interesting. We have this reclusive guy who clearly does not sound like he’s the type of person to set up some broad based network but when the shackles come off, where your own personal wealth is really all you need to qualify as a political player, he begins to blossom and he does this through his daughter, Rebekah who seems to function as his surrogate in some way. Do we have a sense of … Where do they come from? Are they from New York? Do they live in New York City? Where did … What do we know about Robert Mercer’s childhood or where he came from? Because clearly these guys are movement conservatives and they end up I guess around this time, in 2010, donating is probably the wrong word or perhaps it’s not. Investing in Breitbart which I am particularly interest in …

Vicky: No, 2011. Yeah, yeah, they start to see what their money can do and they start to invest in these platforms. Breitbart was the first. It’s the media platform. Then they buy this data analytics company to see if that will make a difference.

Sam: How did they choose … Vicky …

Sam: Vicky, how did they choose Breitbart? I mean I ask this because I at that time followed Breitbart the site and the man quite closely and that site was not making any money. I remember when that secret essentially investment came in. I’ve looked at the filings over the years and it was unclear when this money came in but it came in in one big lump sum and he was ready to revamp the whole thing right before he died. How did they just decide Breitbart? Was it just simply his politics because the interesting thing about Breitbart is at that time Breitbart was not at all interested it seemed to me in policy as much as it was sort of a cultural aggrievement …

Vicky: Culture. That’s exactly it Sam. You’re exactly right. This is where you’ve hit the nail on the head. That’s exactly right. Andrew Breitbart was interested in changing culture. He wanted … He was as obsessed with changing Hollywood as he was with everything else. I think that was … Right there that’s what makes the Mercers … You asked me at the beginning what makes the Mercers different, okay. It’s because they really want to blow up the entire system of American politics so that Americans in their view can regain its cultural roots which they believe it has completely lost.

They are terrified that America is becoming dangerously close to a sort of socialist Europe and the American they want restored is sort of competition, enterprise. They believe that the only sort of way, having watched the Mitt Romney campaign lose, they, I think they believed there’s got to be a multi-pronged attack. Breitbart is one way to really hit the culture, okay? After Andrew died, one of the reasons they then really trusted Steve Bannon who took it over was that … You know Steve Bannon is a former Goldman Sachs banker and he did really you know help right that ship financially. Obviously he had their money but it was a bit of a … I think it was much more precarious when Andrew was alive.

He also … You know Steve Bannon as we know is this extraordinary populist and he created it into a vehicle with a much more populist widespread appeal. That was right up what the Mercers wanted to do. The other way I think they really felt they needed to completely blow up … They just sort of thought the way Washington had been doing business needed to be exploded. After Mitt Romney lost, Rebekah gave this speech saying it was one … she really thought he’d done a terrible job in terms of data and canvasing. What’s quite interesting though her father then went out and bought basically an English data analytics company and then created an American branch …

Sam: Talk a little bit more about how they ended up becoming essentially one of the primary benefactors to the Trump campaign. We’ve got to take a quick break. I’m talking to Vicky Ward. I’m Sam Seder. This is Ring of Fire Radio.