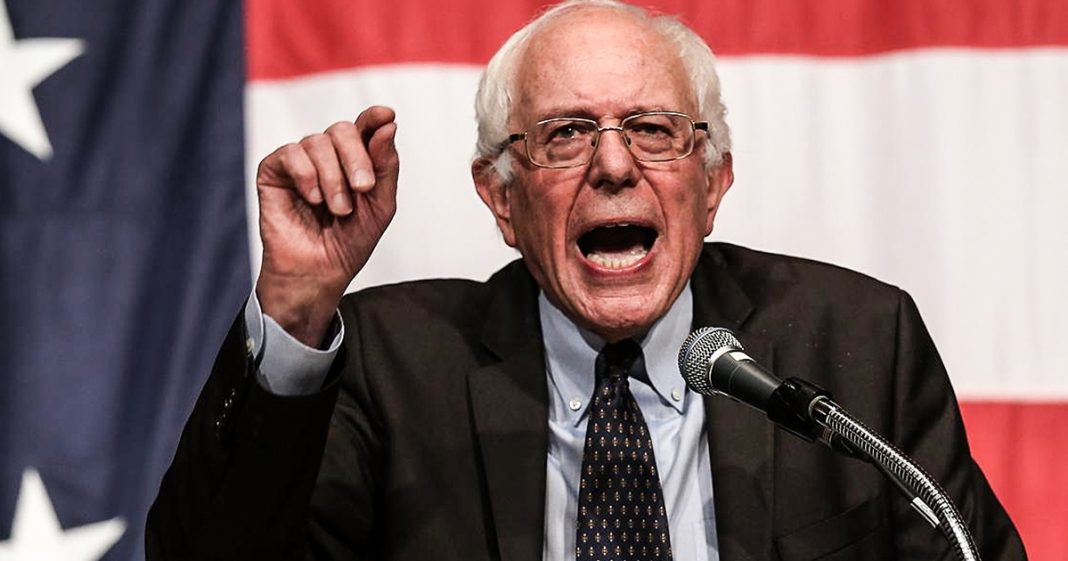 Senator Bernie Sanders has sponsored legislation that would put a serious dent in the amount of student loan debt in the United States – his proposal would make all public universities free of charge for students. Ring of Fire’s Farron Cousins discusses this.

Earlier this week, Independent Senator from Vermont, Bernie Sanders, introduced legislation that would provide tuition-free college for US residents whose families make less than $125,000 a year at all public universities and community colleges. Your family makes less than $125,000 a year, you can go to a public university or a community college and pay zero dollars in tuition, according to this new legislation proposed by Senator Bernie Sanders.

Those are numbers that most members of Congress don’t even know. They don’t talk about them. We didn’t hear those numbers on the campaign trail, but Senator Bernie Sanders understands those numbers, and he understands what that does to the United States economy. When we have students 22 years old leaving college with $33,000 in debt or $40,000 in debt, $50,000 and more, that’s a very real problem, especially when we have such a crappy job market here in the United States. Yeah, there’s plenty of jobs, but they’re not going to pay you enough to make those astronomical student loan debt payments. Bernie Sanders is working to fix that.

This is not debt forgiveness or debt relief, but it’s about preventing the next generation from being saddled and burdened with the same student loan debt that we are. Trying to make things better for the future, for people who may not even be able to vote yet, may not even be able to vote for another 10 years. You know, we have to take care of everybody, and I think that’s something that most politicians in Washington have lost sight of. If it doesn’t directly affect the people who will or will not vote for you, then screw it. Let’s not do it. Bernie Sanders doesn’t think that way. That’s why so many people have been drawn to him. He’s doing things, not because he wants to gain votes, but because he legitimately, genuinely wants to make this country a better place for the generations that are coming up behind us. That’s a very rare thing to see from a politician these days.