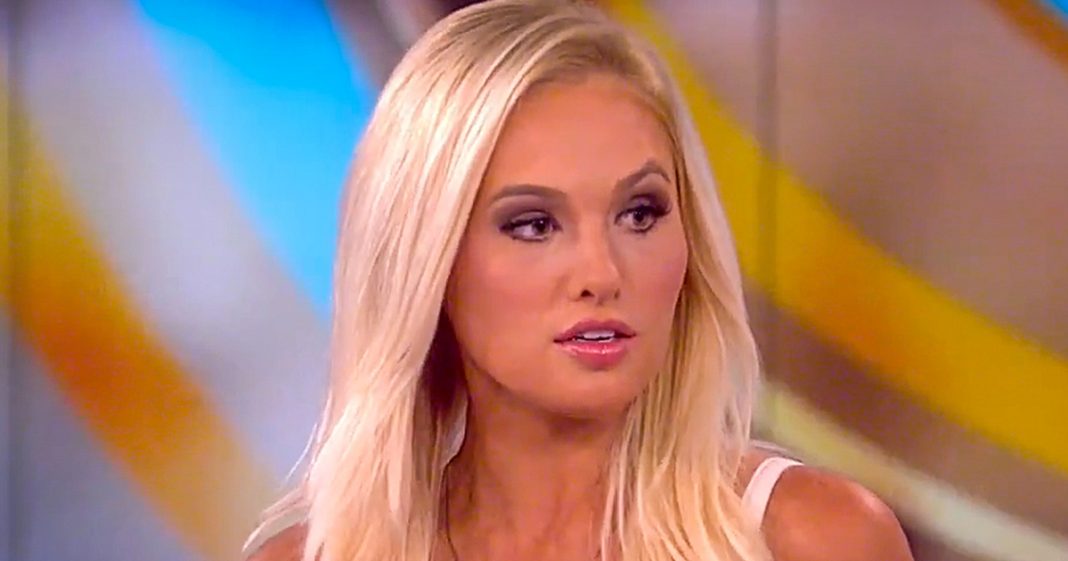 The ongoing saga of former Blaze star Tomi Lahren continues this week with a new, decisive move by Lahren: the fired host is suing her former network, and her boss.

Lahren explained her actions on Twitter Friday when she posted, “Lay down and play dead really isn’t my style.”

Lahren is pursing a wrongful termination lawsuit against The Blaze.

Lahren was permanently suspended from the network she dominated after she made an appearance on “The View” in which she espoused pro-choice beliefs and called Conservatives who valued small government but championed pro-life values “hypocrites.”

In her lawsuit, Lahren alleges that she was praised by a Blaze producer for her “View” performance initially, but days later after much controversy, Blaze HR told a different story. The suit also outlined the concentrated smear campaign perpetrated against Lahren in the aftermath of the “View” appearance, noting that her boss Glenn Beck was maybe the worst aggressor.

Lahren, who has made her career by criticizing anything liberal, appears to be suffering from a bit of the same ridicule that paid her bills. Lahren, just 24, will likely bounce back from this failure and may even find herself with more centrist views after being shown that conservatism and Republicans will love you until the moment you put a toe out of line. All that talk of freedom of speech and freedom from “safe spaces” can disappear in an instant.

No matter what she does, though, it is important to remember the massive damage Lahren’s public platform caused. Lahren criticized black celebrities, attacked Black Lives Matter activists, and minimized the struggles of police brutality, all to the roaring applause of her white, male audience. Her success, her millions of supporters, was all built on the backs of Black Americans like Colin Kaepernick who even now is unemployed because he dared to take a small, brave stand in the interest of black lives.