From the same news networks that have spent every moment of every day criticizing President Donald Trump now comes cheers and breathless commentary on how the man became President on Thursday evening. What accounts for this dramatic shift in coverage from even the most liberal of media outlets and pundits?

The dramatic shift came about in the wake of President Trump’s decision to send 59 Tomahawk airstrike missiles at an airfield in Syria in response to a chemical attack this week which killed over 80 Syrian people – many of them children.

Earlier, President Trump ominously referenced the attack, saying that it had crossed “many lines” for him, but not detailing what his response would be. The decision to strike the base was apparently swift, and was carried out while President Trump occupied his South Florida resort, Mar-A-Lago.

In response, men who had previously called Trump a “bullshit artist,” sang his praises, remarking that he had become a real president the moment he authorized those bombs. In a moment, all of the horrific actions Trump has taken against his own people were washed away in the spirit of “America first,” but this time, Trump wasn’t the only one saying it.

Those who have been paying attention saw this coming. From the constant drumbeat of war from Democrats looking for a missile to replace the empty spot in their hearts where Hillary’s presidency was meant to reside, to media outlets who only saw the flash and glamour of a new Russian scare – everything was primed for President Trump to trade his stateside squabbles with the fog of war.

Now, Trump’s approval ratings will leap while bloodthirsty advertisers, politicians, and voters alike will be raring for more war under the guise of freedom.

Nothing gets corporate media and its owners more excited than the prospect of spending big on military contractors, bombs, and airplanes, and they’re ready to learn to love Trump if it means cashing in. 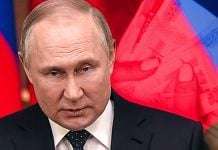 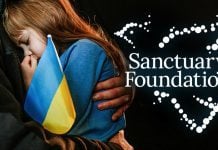