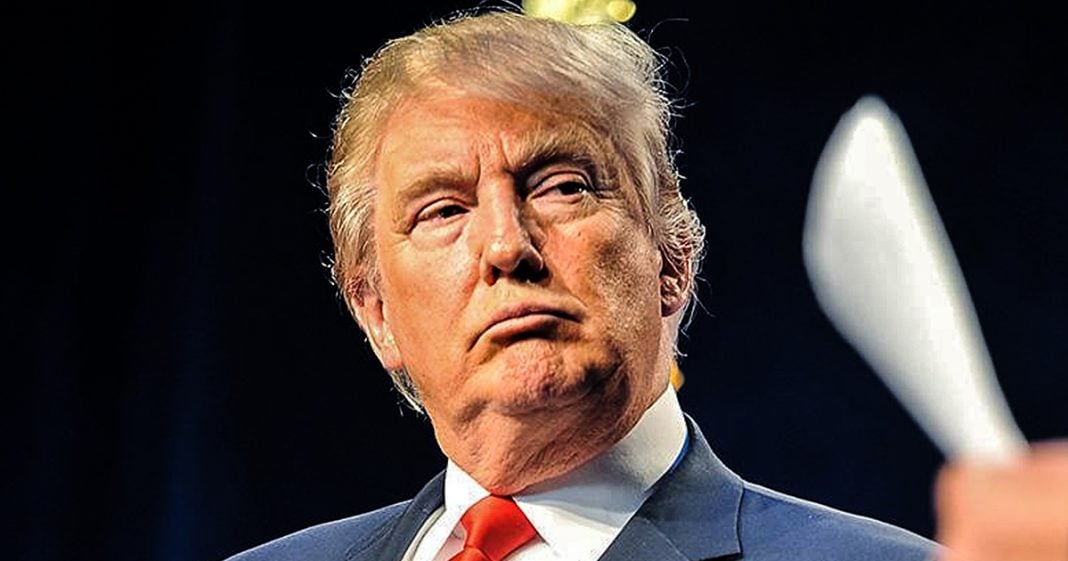 Donald Trump told reporters that his first 13 weeks in office have been among the most successful in the history of the Presidency.  It’s not clear whether he’s referring to the number of investigations against him and his administration, the fact that his National Security Advisor resigned after less than a month, or the fact that his Attorney General lied under oath.  However you slice it, Trump’s presidency so far has been an absolute failure. Ring of Fire’s Farron Cousins discusses this.

During a meeting with reporters yesterday, Donald Trump told them, and I quote, “I think we’ve had one of the most successful 13 weeks in the history of the presidency.” Now, anyone who’s paid attention to any news in the United States for the last few weeks understands that this is simply not true. First of all, it hasn’t even been 13 weeks. You’ve only been president for 11 weeks, yet you’re saying you’ve had the most successful 13 weeks in presidential history. If you can’t even get the number right on how many weeks you’ve been in office, yeah things aren’t going so well at that point.

I’m curious as to why you would think you’ve had a successful 13 weeks. I know you’re delusional, and you’re very narcissistic, and you want everybody to think you’re the greatest thing that ever happened, but even you have to admit at this point it’s kind of been a train wreck that crashed into a dumpster fire at this point. I mean, you’ve done nothing successful. You have no victories to speak of, and in fact, shortly after you made this comment, the job report numbers came out for March and instead of adding the projected 180,000 jobs for March we only added 98,000. There you go. Another failure for you there, Donald Trump. You barely made half of the projected jobs that were supposed to come in the month of March.

Everything about this presidency has been terrible. Again, after he made these comments, he launches 59 missiles into Syria. No Donald, your first 11, not 13, weeks have been an absolute disaster. They’ve been a foreign policy disaster, an economic disaster, and an environmental disaster. Everything you’ve done has been awful, and I don’t know any other way to say that to you. This hasn’t been a success. I mean seriously, is there one thing you’ve done right? Is there one thing that you have succeeded on? Is there one area where people have looked at and thought, “Well, maybe he’s not so bad”? No. There is not. So far you are on track to go down as one of the worst if not the worst president in United States history. To be honest, nobody’s more happy about that than probably former President George W. Bush who will get to relinquish his title once you finally leave office.