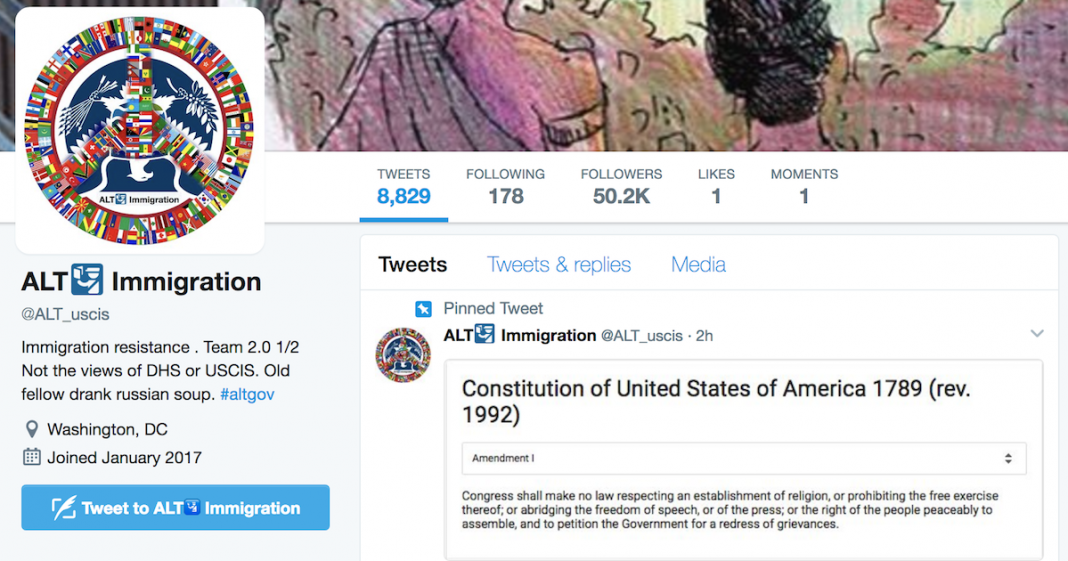 On Thursday, Twitter filed a lawsuit against the US government over attempts to force the social media giant to reveal the identity of those behind anonymous accounts that are critical of the President.

The lawsuit comes after US Customs and Border Protection (CBP), under the Department of Homeland Security, faxed a summons to Twitter, ordering them to produce records regarding the @ALT_USCIS account, including, “User names, account login, phone numbers, mailing addresses, and I.P. addresses.”

The Department of Homeland Security asked Twitter to keep the summons under wraps, but when Twitter asked for a court order, they responded that “no such court order would be obtained.”

The @ALT_USCIS account posts tweets and memes that are critical of the Trump administration, especially on issues of immigration. It is one of many #altgov Twitter handles that criticize the Executive Branch departments, including @RougeEPAstaff, @AltUSPressSec, and @AlternateUSFW.

The accounts claim to be current or former disgruntled workers of the represented agency that stand against the administration’s policies. They became popular after someone with access to the official Badlands National Park Twitter account began tweeting information about climate change that stood directly opposed to the President’s viewpoints.

In the lawsuit, Twitter says that the summons is not in line with the US Constitution:

“The rights of free speech afforded to Twitter’s users and Twitter itself under the First Amendment of the U.S. Constitution include a right to disseminate such anonymous or pseudonymous political speech.”

The suit goes on to say that the CBP has not produced any evidence that an actual crime has been committed, and that the summons is likely a measure to suppress free speech.

Somewhat humorously, “The CBP Summons ordered Twitter to produce the records to a CBP office in Washington D.C. by 11:45 A.M. on March 13, 2017 – the day before the CBP Summons was faxed to Twitter.”

Twitter also challenges the CBP’s authority to issue a summons. According to the filing, the CBP is limited to issuing a summons only when it relates to “any investigation or inquiry relating to the import of merchandise.”

We’ve already seen that Trump administration’s attack on the press has been chilling to say the least. The President’s war on media has had a profound effect, according to a Pew Research Center Survey. The survey says that the tensions between Trump and the news media hinders the process of informing the public:

“About three-in-four U.S. adults (73%) say that these tensions are getting in the way of access to important national political news and information.”

Now, it appears that the administration is going after unfavorable social media users as well.

Nobody would fight harder for free speech than me but why  taunt, over and over again, in order to provoke possible death to audience. DUMB!