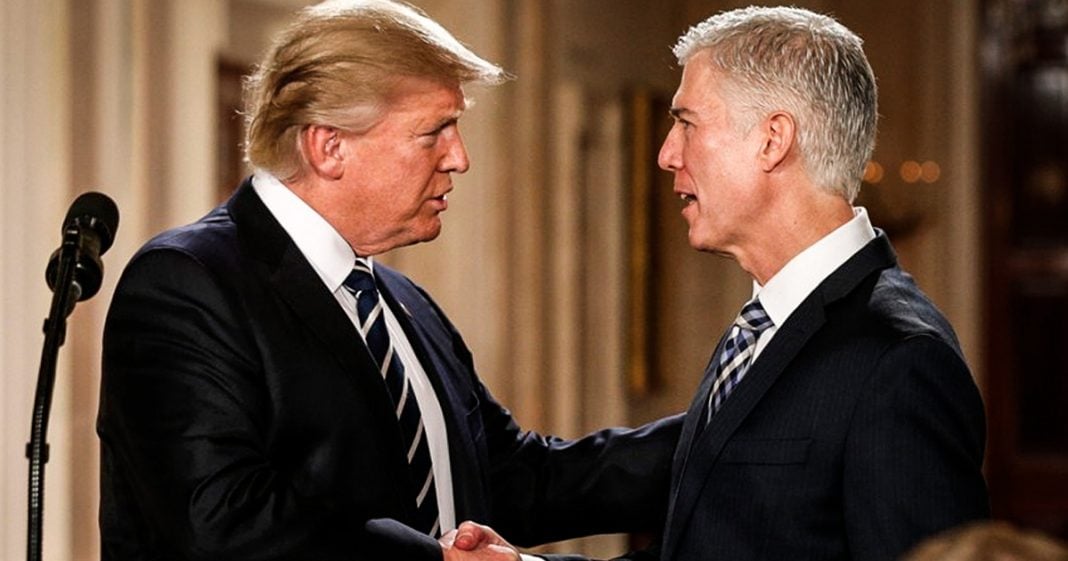 Despite a filibuster, an ongoing FBI investigation, and a previously barred nominee, far-right Trump nominee Neil Gorsuch has been confirmed by the Senate as the next Supreme Court Justice.

In a mostly party-lines vote, Gorsuch was confirmed with 54 Senators voting “aye.”

Gorsuch had been strongly opposed by Democrats in the Senate because he was appointed to the life-time position by a president many feel won’t be serving his full term. Senators like Elizabeth Warren noted that they shouldn’t be holding any confirmation votes at all when the President is under active investigation by the FBI.

In response to these concerns, Democrats filibustered Tuesday night and into mid-morning Wednesday. After the effort postponed a vote, Senate Majority Leader Mitch McConnell used the “nuclear option,” and changed the rules of the Senate allowing a vote to be confirmed with just a majority, 51 votes, rather than the traditional 60.

Under these new rules, a vote was held on the SCOTUS nominee, and his confirmation was swift.

Though Gorsuch’s confirmation is a major news story, many outlets are too busy either cheering or jeering over the Syria story to take note – after all, war does sell more papers than a Supreme Court Justice.

Still, long after the effects of this administration wear of decades from now, the confirmation of Gorsuch will continue to shape our nation daily.