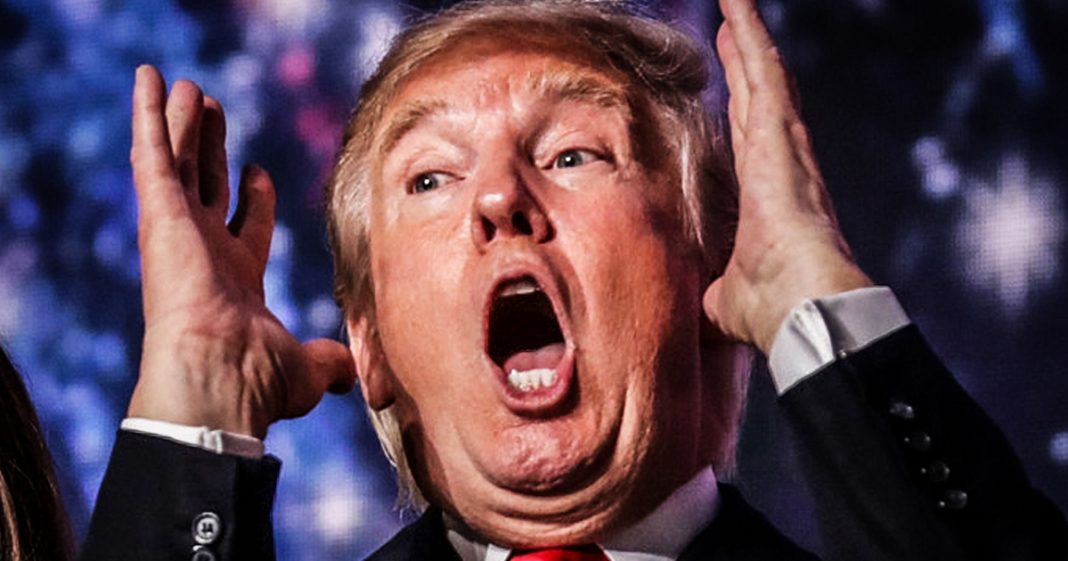 In an email uncovered from 2016, Donald Trump told CNN President Jeff Zucker that he’d better stop being so mean to him because “I always find a way to get even.”  The President is a full blown psychopath, and the American public is subject to his every whim. Ring of Fire’s Farron Cousins discusses this.

According to a report from the New York Times, back in 2016 Donald Trump sent an email to CNN president Jeff Zucker where he said that, “It’s very unfortunate Jeff that you were reporting so many negative things about me and I always find a way to get even.” That particular sentence from Donald Trump, the man who was the Republican nominee, want on to become the president, is currently the president of the United States. “I always find a way to get even.” That is a psychotic statement if I’ve ever heard one. Again, this man is our president. This is how Donald Trump has always lived his life. If you wrong him or if he perceives that you have wronged him, he will get even. He will make your life a living hell. At least he thinks he will. He’s not a bully. I’m tired of using that word. I know I’ve said it and I know a lot of people say it, but this goes beyond being a bully. Donald Trump is a psychopath. Donald Trump has psychopathic tendencies. The desire to get even with anyone who you perceive as having wronged you is psychopathic.

That is what Donald Trump is today. That’s what he’s always been. We’re starting to see more and more of this come out. Again, in this email that he sent to Jeff Zucker was from 2016 but he hasn’t changed in the six or eight or 12 months since he’s sent this email. He’s still out there attacking the media. Instead of actually talking and doing important things as his job, as the president of the United States, he’s too busy getting on Twitter and attacking people who disagree with him. We saw it this past weekend with Chuck Todd. We’ve seen it with the senators and representatives and Obama and other former politicians. He’s still out there attacking Hillary. Donald, you are the president of the United States. I know you don’t follow the news other than Fox, but the rest of us do. There are really horrible things happening all around the planet right now, right now and you’re worried about what the media says about you. I remember covering the George W. Bush administration. Every day a new negative story and not just negative horrible things that the administration had done.

There were plenty of times where people just took to the internet, took to the media to make fun of the guy because he couldn’t even string a sentence together, but for all of the attacks that George W. Bush got from the media. He didn’t care. He let it go. Whatever. Screw it. I’m still going to do the White House correspondence dinner. It’s funny. I can take a joke. For all of his flaws, George W. Bush could at least understand that people didn’t like him and it doesn’t necessarily matter. It should have mattered to a degree but not to the degree that you let things get to you. You have never pointed out an instance where CNN reported something that was completely incorrect about your administration or about your campaign. You can’t point to anything that they’ve lied about. You can get pissed off if you want about negative coverage, but unless you can prove them wrong, you don’t have a leg to stand on. Not everything about you is positive. Not everything about anybody on this planet is positive.

You’ve got to learn to let it go because your psychopathic tendencies are going to get the United States in a hell of a lot of trouble. The things that we see unfolding all around this globe. The issues that you refuse to take any leadership on could easily come here. To be honest, most likely be initiated by you because you’re so hell bent on seeking revenge or as you say, you always find a way to get even because that’s what your priorities are. It’s not about helping anybody in this country. It’s not about making America great again. It’s about looking at your enemies and finding ways to make their lives miserable so that you can feel a little bit better about yourself.