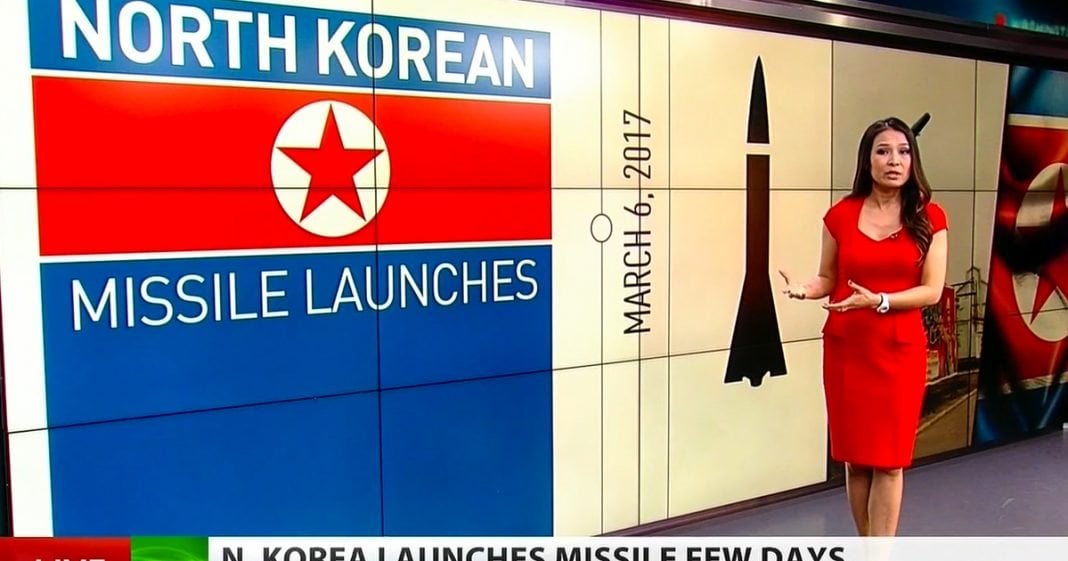 North Korea launched another ballistic Scud missile into the Sea of Japan on Wednesday. It was their fourth missile test in 2017 alone. President Donald Trump, who plans to meet with Chinese leaders on Thursday, told media that if China could not cooperate with the US line on North Korea, the US may act unilaterally. RT Manila has the details. Then, foreign policy principal at Trilogy Advisors John Sitilides joins “News with Ed” to discuss the North Korean threat to the region and how to interpret Trump’s Pacific policy so far.