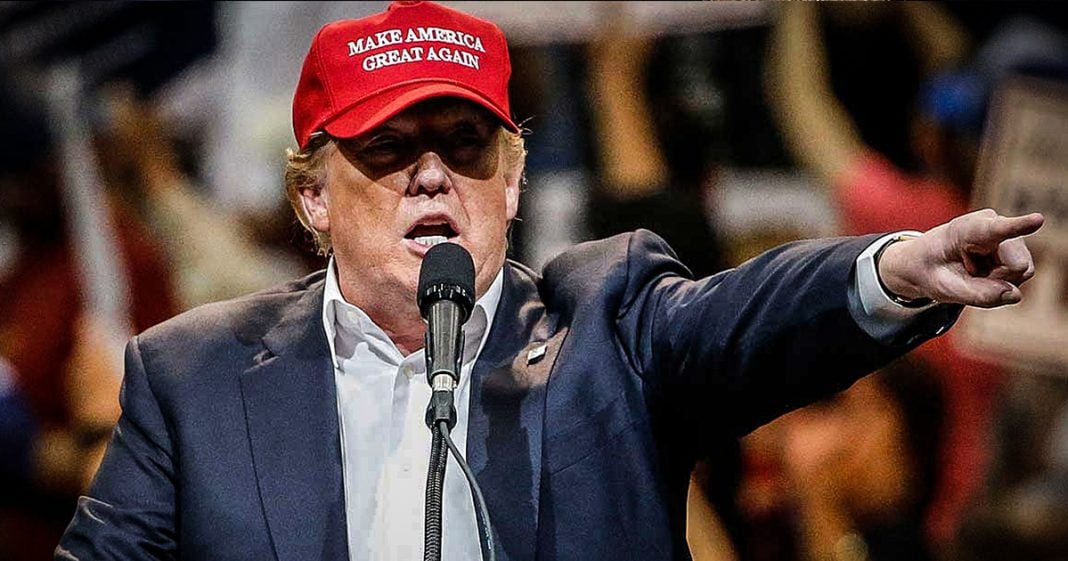 Nearly 60% of American citizens think that funding Donald Trump’s ridiculous border wall between the U.S. and Mexico is a stupid idea, especially at a time when we’re cutting vital services for less fortunate Americans. Ring of Fire’s Farron Cousins discusses this.

According to a new poll released by the Associated Press, at least 60% of people in the United States do not support the funding of Donald Trump’s border wall between the United States and Mexico. In fact, they think it’s a pretty stupid idea considering all the things that the current administration is proposing cutting, things like environmental protection, services for children, healthcare benefits, those things that people need in order to live, but those are the programs that Donald Trump wants to cut in order to pay for this idiotic border wall. Remember, this thing is going to cost about 1 billion dollars for every 48 miles of wall, and this isn’t even a full blown concrete wall straight up from the ground. Some places are literally going to be chain link fences; 1 billion dollars for every 48 miles.

Sixty percent of Americans are looking at this and they’re saying, “Wow, this is a pretty stupid idea, especially when you’re going to pay for this by taking away my kid’s afterschool care program. You’re going to pay for this by repealing environmental protections, cutting back on the staff at the EPA and the FDA and OSHA and the Labor Department in order to pay for this stupid wall, this easily climbable wall. That’s pretty freaking stupid. It’s great to see the American public wake up to this. It’s great to see new polls showing that basically the only group that still has a majority support for Donald Trump are non-college educated white men, and even that one is only by a few points right now. The rest of the country understands that Donald Trump is a disaster. His wall is a disaster. His budget proposals are a disaster. His entire internal administration right now is a disaster. There is nothing good coming out of the White House these days. Nothing.

We have not had a single good thing that Donald Trump has done since he was sworn into office. I know we have a lot of people out there who still say, “Well, you know, you’re just attacking him. Why not give him a chance?” It’s been almost three months now. He’s had plenty of chances. He’s had several foreign crises that he could have responded to. Instead, he chooses to tweet about the media. We had a healthcare debacle. He could have done something about that. We had legislation to import cheaper prescription drugs from other countries. He could have come out and said something about that.

He has been given many opportunities in the short time he’s been in office, and he’s failed every test. He’s already lost his National Security Advisor. Steve Bannon’s been kicked off the National Security Council. How much more turmoil can we survive here and still keep saying, “Well, we need to give him a chance.” The public has turned on him. Republicans in Congress have turned on him. Democrats have always been against him. Nobody wants his border wall. Nobody wants his budget cuts. Nobody wants his foreign policy. Enough is enough. The public has already spoken. They don’t want Donald Trump in office anymore.

It’s time for people, I don’t know, like the Democrats in Washington, maybe go ahead and just start investigating his violations of the Emoluments Clause to see if we can get him out of office because there will be very few people in this country sad if Donald Trump gets impeached and removed from office. At the very least, it’ll prevent us from getting this idiotic border wall that the majority of this country thinks is a pretty stupid idea.