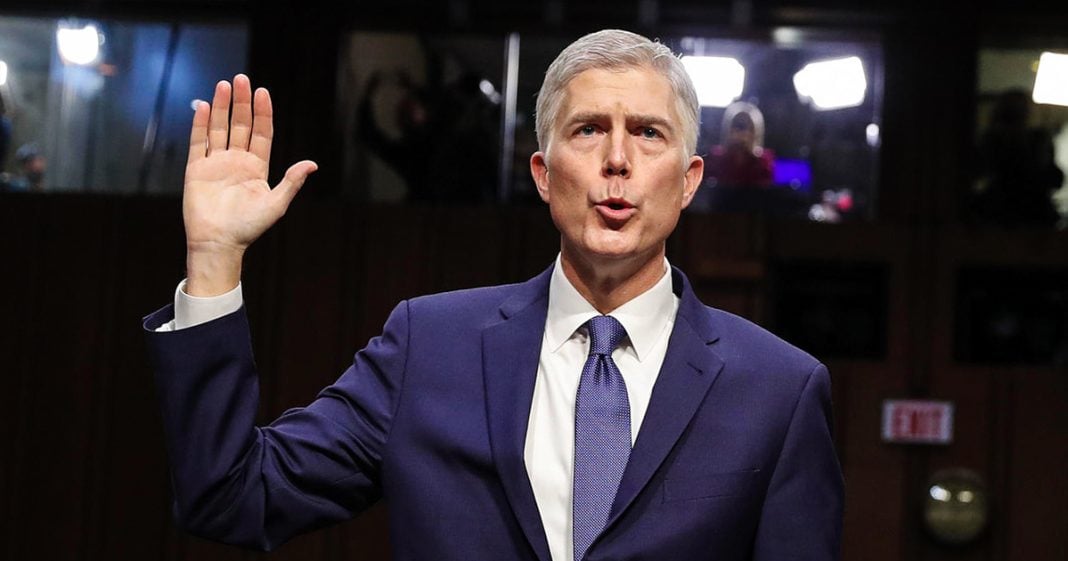 After a more than 15 hour filibuster led by Senate Democrat Jeff Merkley, the Senate is set to hold a vote on cloture, and if that fails, Senate Republicans may us a “nuclear” option to force the vote.

The majority of Democrats in the Senate are fully opposed to SCOTUS nominee Neil Gorsuch, primarily due to factors outside of his qualifications. In response to this opposition, Democrats agreed to a filibuster on the Senate floor which was carried out by Senator Merkley throughout the night on Tuesday and well into the late morning Wednesday.

As a result, the scheduled vote was postponed.

The next step will be to hold a vote on cloture, or ending a filibuster in order to call a vote. Unless some Democrats flip, this vote will most likely fail. Then, Senate Republicans must decide if it is worth going “nuclear” for Gorsuch amid so much scandal and negative press directed toward the party.

The so-called nuclear option would do away with established rules on calling a vote – a threshold of 60 votes in favor – and would instead require the simple 51 votes. As Republicans hold the majority in the Senate, this would mean that they could easily hold a vote on Gorsuch today.

But as Republican Senator John McCain put it, engaging the nuclear option today in the Senate would represent the “beginning of the end” of the government branch.

Proponents of the extreme action have cited the same steps taken by an Obama-era Senate led by Harry Reid. Reid led the party to the “nuclear” option after the Republicans in the Senate had refused to hold votes on dozens of Obama-era appointees.

Despite this precedent, opponents of the action say that Republicans are jumping on the extreme option far too soon, and may lead to a corrosion of decorum in the Senate.

You can watch Senate proceedings live from CSPAN to see what the Republicans will ultimately decide regarding the fate of the Senate and SCOTUS nominee Gorsuch.