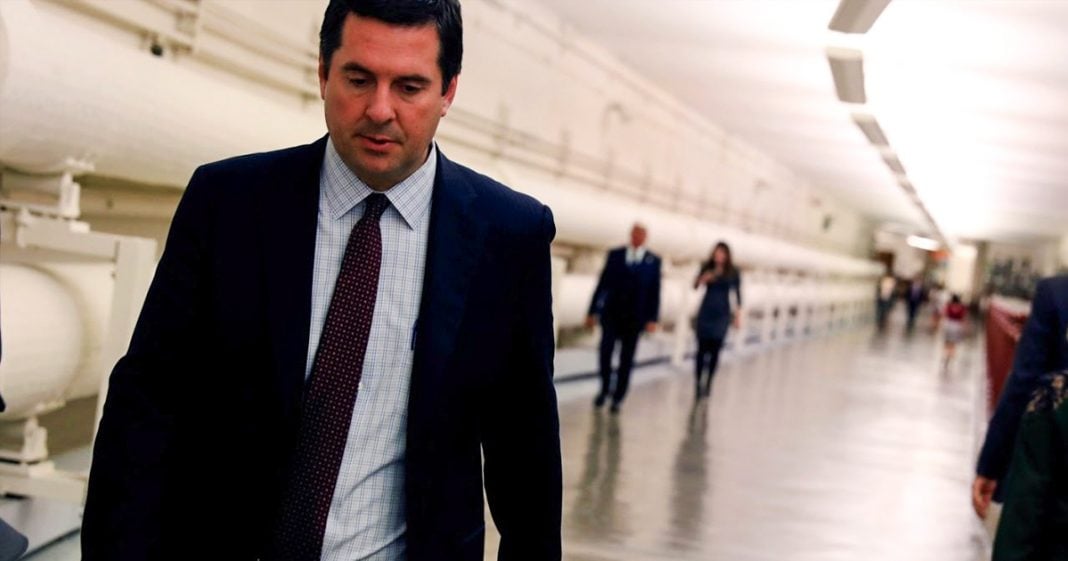 On Thursday morning, Rep. Devin Nunes recused himself from the House Intelligence Committee’s probe into Russia’s alleged interference in the November elections. T

exas Republican Mike Conaway will now lead the House’s investigation. Nunes will remain the chairperson of the Intelligence Committee.

Nunes had come under fire for bizarre behavior in the investigation. Last month, he made a bizarre trip to the White House, which likely uncovered possible overreach by Susan Rice. He then revealed his findings directly to President Trump, sidestepping the Intelligence committee. That behavior has led the House Committee on Ethics to look into his actions.

However, Nunes squarely blames “leftwing activists” for the ethics investigation:

Subsequently, Speaker of the House Paul Ryan has pledged his support for Nunes. In a statement, Rep. Ryan said:

“Devin Nunes has earned my trust over many years for his integrity and dedication to the critical work that the intelligence community does to keep America safe. He continues to have that trust, and I know he is eager to demonstrate to the Ethics Committee that he has followed all proper guidelines and laws. In the meantime, it is clear that this process would be a distraction for the House Intelligence Committee’s investigation into Russian interference in our election. Chairman Nunes has offered to step aside as the lead Republican on this probe, and I fully support this decision. Chairman Mike Conaway, a senior member of the Committee, will now lead this investigation in the House. I am confident that he will oversee a professional investigation into Russia’s actions and follow the facts wherever they lead.”

With so many twists and turns, it is becoming increasingly clear that a truly independent investigation into the Russian election interference is needed.