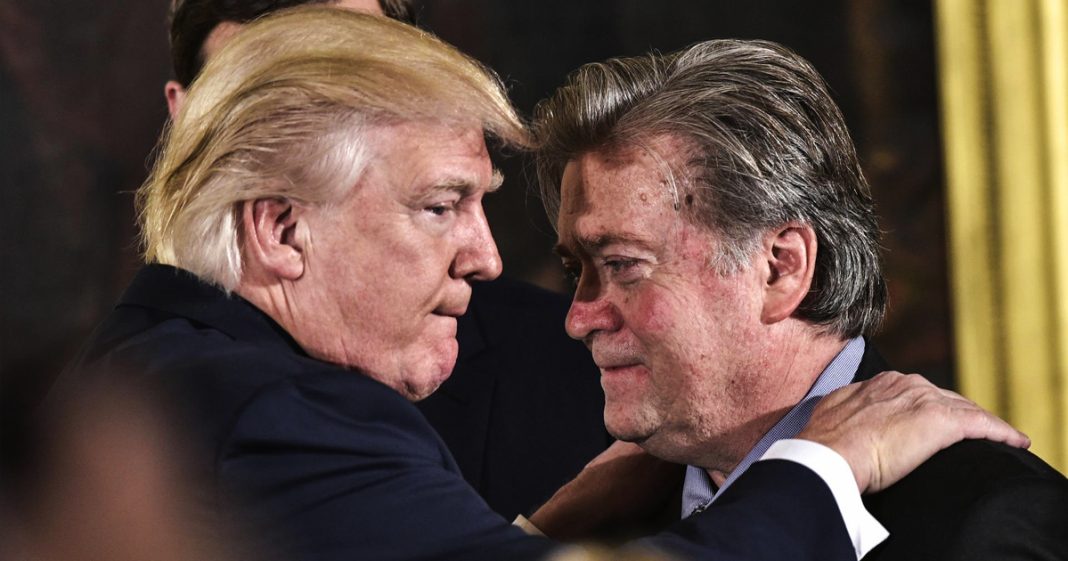 According to Bloomberg, Trump’s decision also downgraded the role of Homeland Security Adviser Tom Bossert and permitted two former NSC members back into the committee.

“Under the move, the national intelligence director, Dan Coats, and the chairman of the Joint Chiefs of Staff, Marine Corps General Joseph Dunford, are again “regular attendees” of the NSC’s principals committee.”

Bloomberg reporter Jennifer Jacobs further reported that Bannon had been in the Council in order to watch over former NSA chief Michael Flynn, but Bannon never attended the meetings.

Bannon, the former executive chair at Breitbart News, has been much reviled by the left for his close relationship with the President. For many, it appeared that Bannon was behind the scenes pulling the strings of Trump’s most controversial policies. Bannon, who has gone on-record with antisemitic views and America-only values, appeared heavily involved in Trump’s travel ban as well as his continued insistence on building a border wall.

Bannon’s elevation to the NSC was a troubling act for many, particularly those in Washington concerned with the White House’s foreign policy.

Is this removal of Bannon the first sign that Trump is beginning to no longer trust those around him? While we applaud his removal from the NSC, Trump hasn’t gone far enough. Bannon has never been nor is he now qualified to occupy the White House in any capacity.

As Trump’s favorable ratings continue to plummet, he will need to oust his more controversial cabinet members to attempt to gain back some of the favor he has lost.