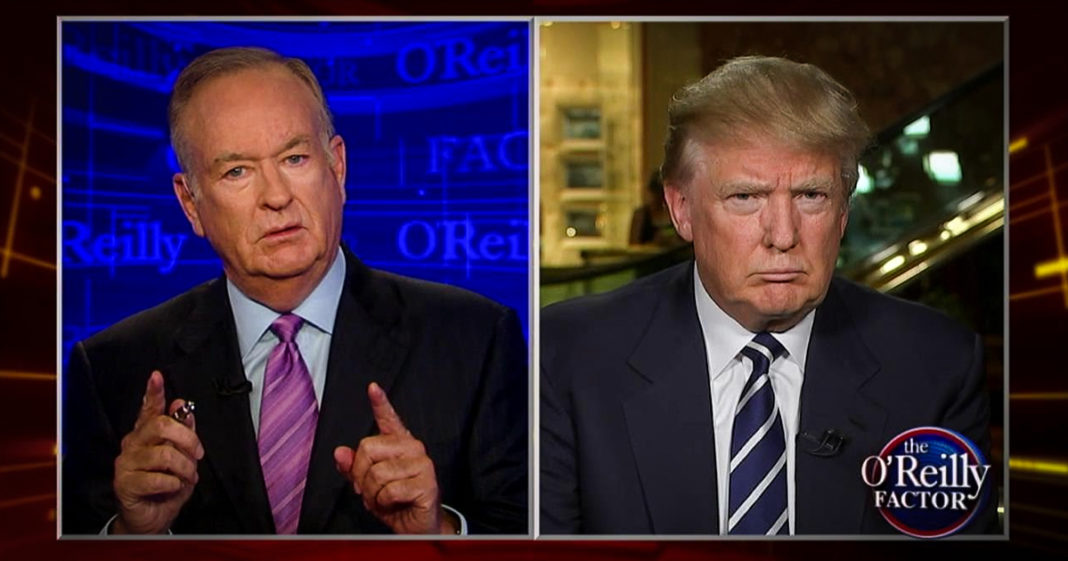 The President maintained that despite rampant allegations from a handful of women since 2004, O’Reilly was innocent of the claims made against him.

Trump is no stranger to settling – just a week ago, the controversial Trump University case finally settled without fanfare, and the President was ordered to pay $25 million.

Trump’s defense of his friend and conservative ally comes amid a massive exodus of advertisers from the “O’Reilly Factor,” as corporation after corporation pull their ads from popular Fox show. A New York Times article published over the weekend outlined the $13 million Fox has paid to settle sexual harassment allegations against the host.

This isn’t the first time that Trump has come to the defense of a close Fox friend accused of sexual misconduct. When Fox CEO Roger Ailes was under scrutiny and later forced to resign, Trump continued to maintain his innocence and stand by the aggressor, even as it threatened his presidential ambitions.

Though this isn’t the first time Trump has sided with a close friend accused of harassment, it is the first time he has done so in the capacity of the presidency. As is usual, the President has devoted too much of his time to a controversial point of view on an issue that doesn’t concern him. Surely he has better things to think about – especially things that won’t draw more reproach from the public?

Trump’s defense of O’Reilly sends a strong signal to women that the man at the top of our government is not particularly concerned with issues of corporate misconduct, sexual harassment, or sexual assault against women.

Unfortunately for O’Reilly, it doesn’t seem that a few words from the POTUS will be enough to repair his reputation. In response to the NYT article, dozens of advertisers have pulled their ad buys from the show’s time block indefinitely.

Though both Fox and the President of the United States have long backed O’Reilly, the lack of cash flow to the show may prove too much of a burden to ignore.