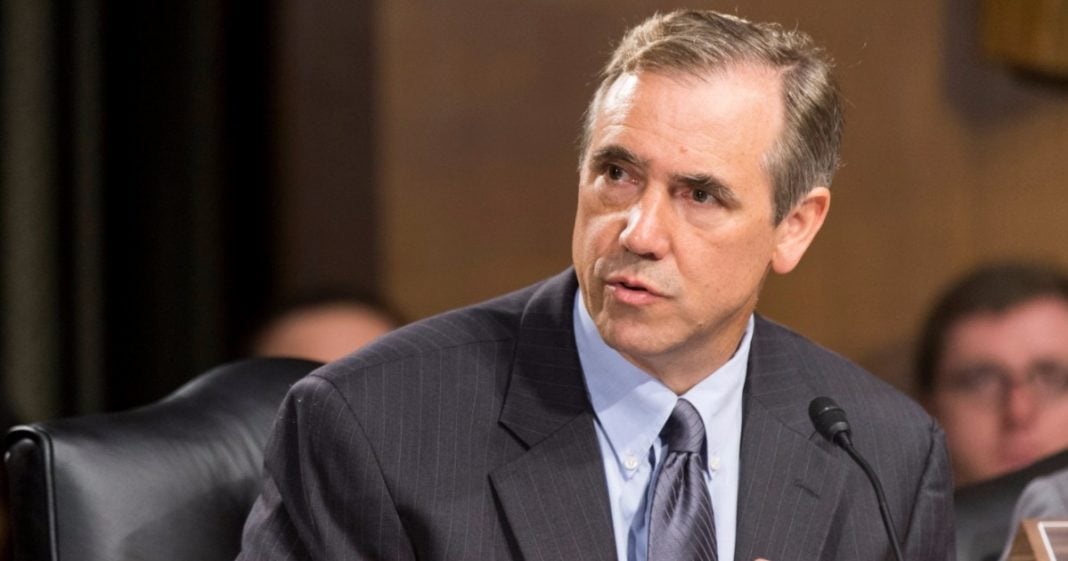 A Senator from Oregon stood on the Senate floor from shortly before 7 pm Tuesday night until 10:15 the following morning.

Senator Jeff Merkley was filibustering the vote on Trump-appointed Supreme Court nominee Neil Gorsuch with the bulk of the Democratic party behind him. So far, Merkley’s efforts have been successful and the vote which was scheduled to occur at 9:30 EST has not taken place.

Most Democrats have made their opposition to Gorsuch clear, and most have also made clear that they do not intend to hold a vote on the nominee for a multitude of reasons.

Though Gorsuch is well-spoken and looks the part, politically, he is to the right of Antonin Scalia, an extreme choice.

Unfortunately for Gorsuch, the majority of his opposition is not at all concerned with who he is, but rather who he is not and who put him before the Senate in the first place. Many Democrats consider the seat Gorsuch is trying to take as stolen from Obama nominee Merrick Garland who was denied even a hearing by the Republican legislature. For them, the only acceptable nominee to vote on is Garland.

Others still are concerned with the man who nominated Gorsuch, concerned that Trump’s ongoing FBI investigation and multitude of other scandals may mean that he is not equipped to appoint a lifetime position to a 49-year-old man. Senator Elizabeth Warren characterized the situation as “nuts.”

Either way, the number of Democrats who agree Gorsuch doesn’t deserve a vote is high enough to allow the filibuster and deny cloture. Unfortunately, Senate Republicans still have a choice, the so-called “nuclear option.” Senate Majority Leader Mitch McConnell has the ability to change the rules so that the threshold for forcing a vote is lower, allowing Republicans alone to overthrow the filibuster.

Doing this would ensure an intensified conflict between the two branches of the Senate and as Senator John McCain put it, would be the “beginning of the end of the Senate.”

Merkley’s 15.5-hour filibuster is a testament to the Democratic party’s dedication to this goal, and whatever happens next will shape the Senate for years to come.