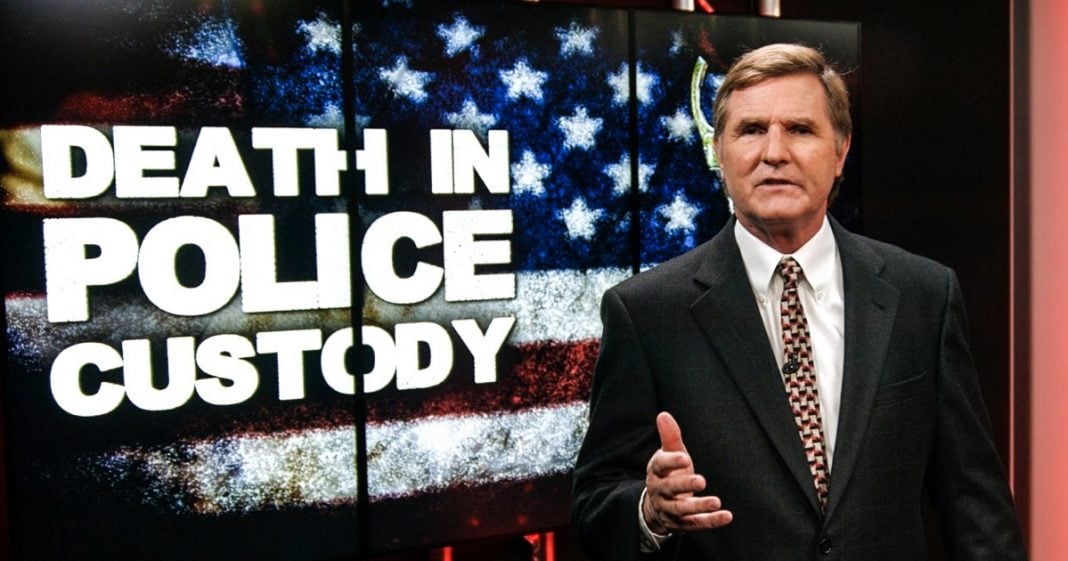 Over the last three years, there’s been a spike in the number of people being killed by police officers, both in the field and in police custody. This growing crisis gave birth to the Black Lives Matter movement, but the problem goes even deeper than most people realize. Mike Papantonio discusses this.

Tune in to America’s Lawyer for more stories the corporate media refuses to cover.

Over the last three years there’s been a spike in the number of people being killed by police officers, both in the field and in police custody. This growing crisis gave birth to the Black Lives Matter movement, but the problem goes even deeper than most people realize.

Americans are now all too familiar with names like Michael Brown and Eric Garner, as well as Sandra Bland and Freddie Gray. Those names have become synonymous with the abuse that takes place against citizens by police officers.

There are some very important differences in these cases. The main difference being that Bland and Gray were killed by officers after being taken into custody, and that’s the part of the story of police brutality that most people don’t know about.

In the six year period between 2003 and 2009, an estimated 3,000 arrest-related homicides of African-Americans occurred in the United States, and 99% of those were committed by police officers.

However, the Justice Department has told us that the number of people of all races killed while in police custody is likely higher, but they don’t know because the reporting of those homicides is left to the police and jail personnel, and under-reporting, or mislabeling homicides, is common practice in the US.

One of the more serious recent cases involves Matthew Ojibade, a 22-year-old bipolar college student in Georgia, who was tased while in a restraining chair in 2015, and he died still strapped to the chair.

The disturbing video from a camera attached to the taser itself shows the victim in the restraining chair. You can see where the red dot is, which is the light from the taser, pointed at his torso and his groin.

It’s important to understand that other Western countries don’t have a problem this serious. In the year 2014, police officers in the United Kingdom only killed one person in that same year. Canadian authorities killed 14, and German police officers didn’t kill a single person in 2014.

The problem is only getting worse as American police officers continue to operate with a Wild West mentality, partly because they only receive about a quarter of the training that officers other countries receive.