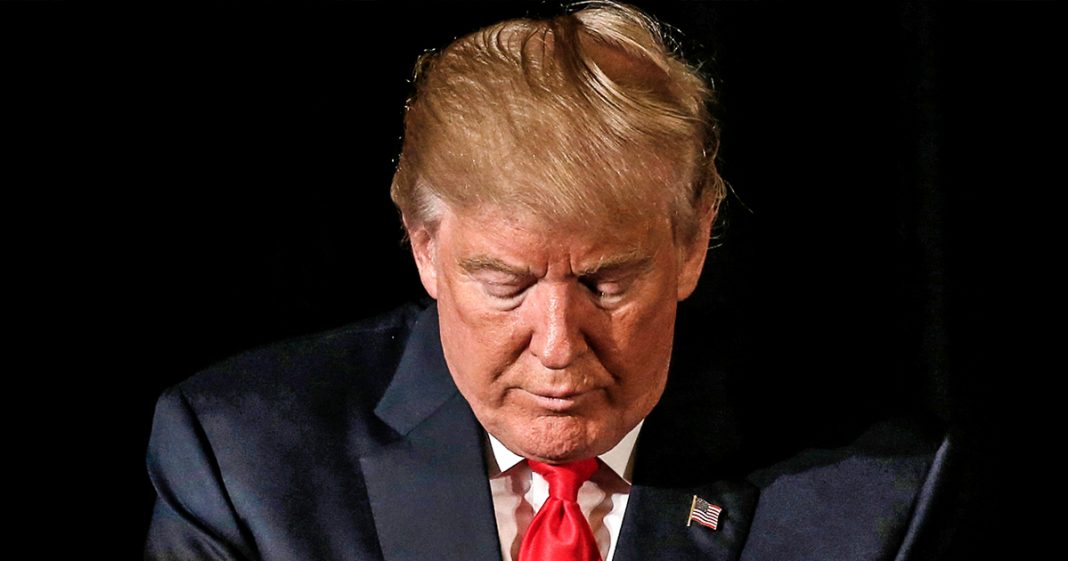 Cities around the country are beginning to vote on resolutions to urge Congress to investigate Donald Trump’s violation of the Emoluments Clause, effectively calling for an impeachment investigation and hearing.  While Republicans are unlikely to do so, if the chorus of voices in this country grows loud enough, we might actually force them to launch investigations. Ring of Fire’s Farron Cousins discusses this.

Cities across the United States are taking up resolutions to try to force the Republican-controlled Congress to investigate Donald Trump and just perhaps proceed with impeachment hearings. Cities like Cambridge, Massachusetts, Alameda, California, Berkeley, California, Richmond, California … They have all taken up these resolutions to tell congress that you cannot continue to sit idly by as our President continues to violate the Emoluments Clause in the United States constitution. What that specific clause says, is that a sitting President or politician cannot take money from a federal or state government or a foreign entity and use it at their own businesses to line their own pockets. If there is one thing that Donald Trump has been successful at since he’s been in inaugurated, it’s taking money from the federal tax payers, paying it to his own businesses that he then gets the profits from.

At this point, we’re in April, we still do not have a firm confirmation that Donald Trump has created a blind trust. We do not know if he knows where his money is. We never got his tax returns. We don’t know what investments he has. We know obviously the Trump branded properties. We know Mar-a-Lago. We know the other gold courses. We know Trump Hotel in DC and Trump Tower in New York City. We don’t know what else. We do know at one point, he had interests in the Dakota Access Pipeline. He had a financial stake in it. We don’t know if it’s officially gone or not, but he signed that. All of these are instances of direct violations of the Emoluments Clause.

The security detail, living in New York City at Trump Tower, protecting Melania and Barron Trump, that’s our money. That’s taxpayer money being spent on this, given to Trump Tower, so that these people can stay there. I mean, we’ve $17,000 just for the Secret Service to rent golf carts at Trump owned properties. Trump gets the profits form that. That’s what these cities are trying to tell Congress. He is getting rich off of this office and you’re doing nothing. You know, the investigation could probably take less than a week at this point, because the evidence is overwhelming at this point, but as Rand Paul said, and I swear to God I’m going to repeat this everyday until 2020, “It doesn’t make sense for Republicans to investigate Republicans.” That’s what Senator Rand Paul told us.

Is it likely that we’ll get anything out of this Republican Congress? No. Unless the chorus of voices throughout this United States gets so loud that they can’t ignore it. That is what we can do. We can talk about it. We can sign on to these resolutions. We can make it happen. We’ve seen how well they respond to public pressure. The death of the AACA is proof of that. We can do it with this, but if Republicans still refuse, don’t worry, 2018 is just around the corner. We can remake Congress. We can completely shift the balance of power in there and finally get some people in office that will take seriously Donald Trump’s violations of the US Constitution, because if we’re going to continue having to live with Republicans who won’t investigate the easiest solution, is to replace them with Democrats.