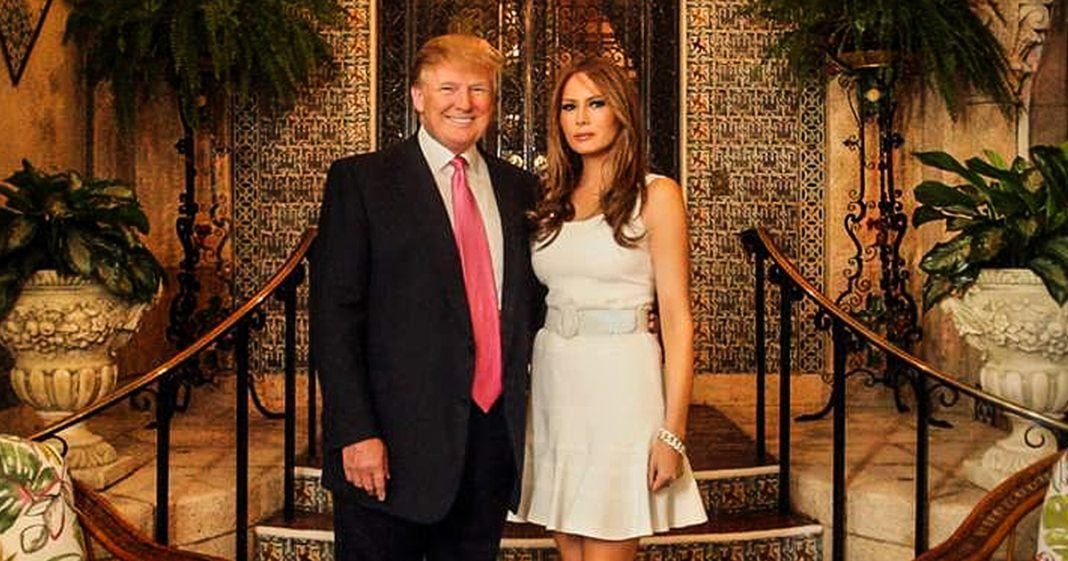 Trump has signed the death warrant for his beloved Mar-A-Lago resort by denying that climate change exists and by attempting to cut climate change response funding from the EPA’s budget.  While the loss of coastal communities will be devastating, you have to find some irony in the fact that Trump has shot himself in the foot on this issue. Ring of Fire’s Farron Cousins discusses this.

In what could be one of the biggest instances of karma that we have seen throughout the entire Trump administration, a new report shows that within the next maybe 50 years, Donald Trump’s beloved Mar-a-Lago Resort will officially be under water and will no longer exist, thanks to climate change. Now the reason this is important is because Donald Trump himself has said in the past that climate change is a hoax perpetrated by the Chinese. Not sure how they pulled it off, but he said that, and no, he wasn’t joking. Furthermore, aside from that, he does not believe that human beings are contributing to the warming of the planet, a view that is not shared by the scientific community or by anyone who actually has a functioning human brain.

Climate denial is only part of it. What he has really done and wanting to do is cut the budget of the EPA’s Climate Change Mitigation Program by tens of millions of dollars, effectively killing it, meaning that coastal cities all across the United States will not be able to react and prevent rising sea levels from destroying their towns. This is something that the National Oceanic Atmospheric Organization does and that budget, according to Donald Trump’s proposal, would be cut by just enough to effectively kill that program, meaning that there will be no federal money to protect Donald Trump’s Winter White House, as he calls it.

Now there’s a little bit of schadenfreude there. I do want to see Trump and his entire organization taken down, but when that happens, that also means that hundreds of other coastal cities, massive cities housing millions of people, will also be underwater. No. We need to prevent this, even if it helps Donald Trump, even if he doesn’t believe that it’s going to happen because we’re already starting to see it. Not just in Palm Beach County, where Mar-a-Lago is, but in Miami and all along that area of the Atlantic Coast of South Florida. We’re seeing what they’re calling king tides several times a year, where the high tide essentially allows sea creatures to swim through the streets in Miami and Palm Beach and everywhere in between.

That’s just the new normal now. When it’s high tide, your driveway is underwater. That’s not normal, but it is the new normal and it’s only going to get worse under a guy like Donald Trump, who doesn’t believe that climate change exists, who wants to completely gut the EPA, who’s put a climate change denier in charge of the EPA and wants to cut their budget so that they can’t even protect us. Yeah, it’s not just us. It’s also him. That’s why those of us who actually care about the environment have to push past the bullshit from people like Donald Trump and say, “You know what? Even though you’re making the problem worse, we’re still willing to help you because we are.” We’re better than him. Most people in the United States are better than Donald Trump, but just because he’s a jackass, doesn’t mean we can let that entire town be destroyed. It doesn’t mean that we can just say, “Well screw it. It hurts him more than it hurts us because I don’t live there.”

No, we have to take this seriously. We have to push this issue and we have to work as a country together and with other countries to mitigate this problem before it gets worse, before we’re faced with a situation where tens of millions of climate refugees are coming through our borders at an unprecedented rate. We talk about borders all the time right now, but nobody is talking about the fact that we have countries … We even have places here in the United States that are going to be underwater in 10 or 20 years. Those people will have to find somewhere to go. Almost 70% of the world’s population lives within 100 miles of a coastline. They have to go somewhere. If we’re worried about not being able to vet people coming into the United States today, how are we going to handle tens of millions?

We need to work on this problem. It’s not just a matter of environmentalism. It’s a matter of national security, but Donald Trump is too ignorant to understand that. Maybe it’ll sink in when he heads into Mar-a-Lago one day and he can’t play golf because the entire course is underwater.