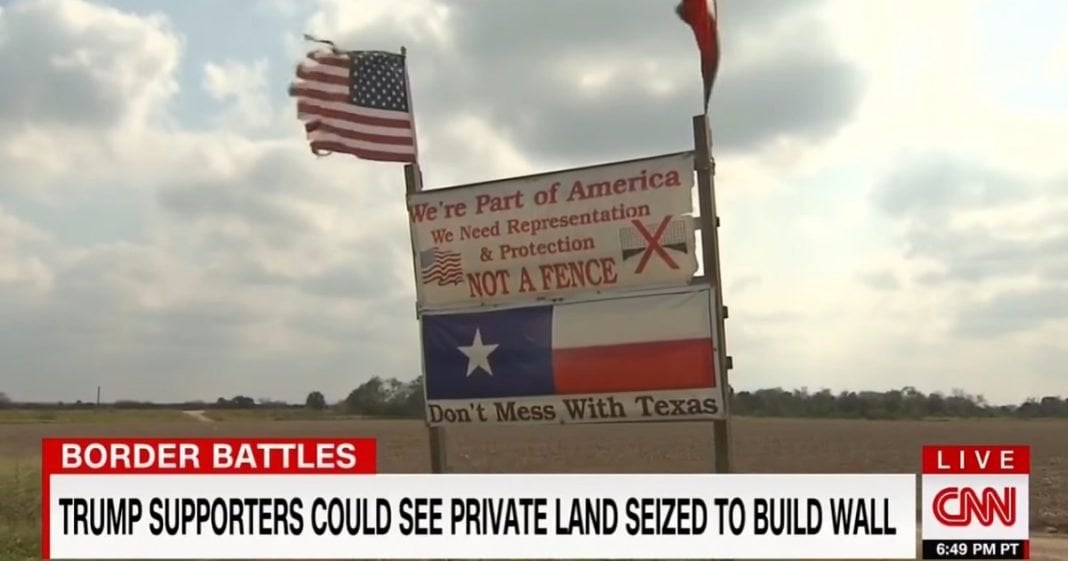 Since the election, many in media have been eager to jump on “Trump regrets” stories, instances where a once eager Trump voter has been made to regret her vote through actions by the Trump administration.

Whether it be cuts to healthcare, Meals on Wheels, or even the border wall, voters of Trump are dwindling by the day.

This week, CNN spoke with a woman living on her property near the location of the U.S.-Mexico border. As it stands, if Trump’s much-hyped border wall is erected across the border between the two nations, the woman’s privately owned property would find itself on the Mexican side.

Pat Bell of River Bend voted for Trump, but has discovered that her home on the Texas border would likely be behind the president’s proposed wall. Bell said that she is more than willing to get a lawyer to fight the wall’s separation between her property and the nation she belongs to.

“Absolutely I would go to the people who are in charge and, you hate to say I would get a lawyer, but if it comes to that issue, you would.”

Bell’s concerns are warranted. After all, that exact issue happened to another family years ago when a portion of the border wall constructed under the Obama administration split a family farm in two. After fighting and losing the border allocation in court, the family’s entire farm is now located on the Mexico side of the border wall.

As CNN notes, property owners who find their land divided or placed behind the wall would be forced to fight it in court – and lose – or sell their land to the government at a loss.