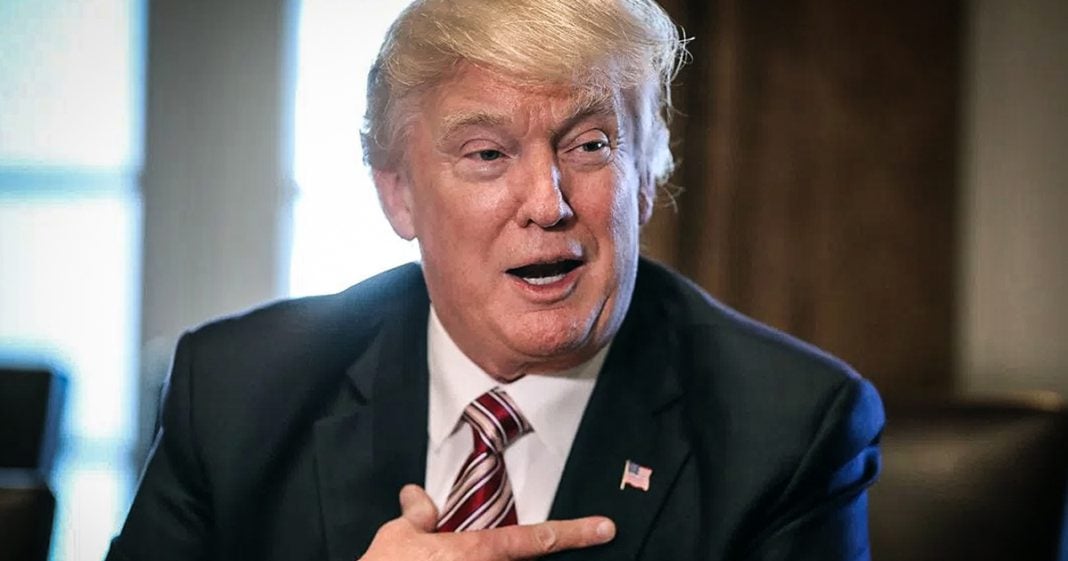 The House Freedom Caucus, with approval from Donald Trump, has created a new healthcare proposal that would almost completely eliminate one of the best parts of the Affordable Care Act – the part that says you can’t be denied health insurance because of a pre-existing condition.  If the GOP thought that the backlash from the AHCA was bad, they haven’t seen anything yet. Ring of Fire’s Farron Cousins discusses this.

After their week-long pissing contest Donald Trump and the House Freedom Caucus have apparently come together to create a new proposal for health care in the United States. That’s worse than anything the republicans have come up with so far. According to the new proposal there’d be two major changes to health care law in the United States. The first would be that states would have the option on whether or not they would cover a bare minimum with their health insurance plans. Basically they would allow insurance companies to decide whether or not they wanted to have a one size fits all insurance package, or for example have a package that covers cancer patients but doesn’t cover the cost of chemotherapy or other drugs that those people need.

The second major provision that the House Freedom Caucus and Donald Trump want to put in there is to allow states to get rid of what’s called community rating. What that is is basically they take a subsection of any specific community, evaluate the health needs of that particular group, and then create a one size fits all insurance package based on the needs of that community. That is available to everybody. In theory this does technically make insurance premiums a little bit higher, but it also ensures that people’s medical needs are met.

So what this means is that while this new proposal does not technically do away with the preexisting condition part of the Affordable Care Act, it does so in theory because now if you have a preexisting condition states could have the option of forcing you to go buy basically an insurance plan that covers virtually nothing, certainly not your preexisting condition, and that makes the premiums for everybody else again, in theory, drop a little bit lower. So you Mr. Sick person and Mrs. Sick person, you’re on your own under the new republican plan.

Now we remember the backlash from the American public against the Republican Party when they came out with the American Health Care Act that actually did still have the preexisting condition clause in there saying you could not be denied coverage. That was the one thing people loved. And now that they’re wanting to effectively remove those protections, can you imagine what kind of backlash the republicans are going to get now?

The majority of American citizens fall under that category. And if republicans want to do away with the community rating, yeah, it could lower premiums for most people, but it’s going to force people who have these horrible diseases to pay much higher premiums for insurance plans that do not even cover their illnesses. Again, the reason why I say in theory it will lower premiums for the rest of the people is because it won’t, it won’t. Those decisions, those premiums are set not by the federal government, by the insurance industry.

I want everybody to understand that. This is not a decision made by the federal government. This is a decision made by a private industry that is colluding with one another to keep our rates high. Nothing we do will lower those insurance rates. The republicans telling you that is a damn lie. Anyone who believes it is a fool. We will not see our insurance premiums go lower until the government steps in and puts limits on that industry and puts a cap on them, or until they offer a public option which would then strip money away from the insurance companies, the private insurance companies until they are forced to lower their rates so that people will once again buy the crap that they’ve been selling to us for decades.