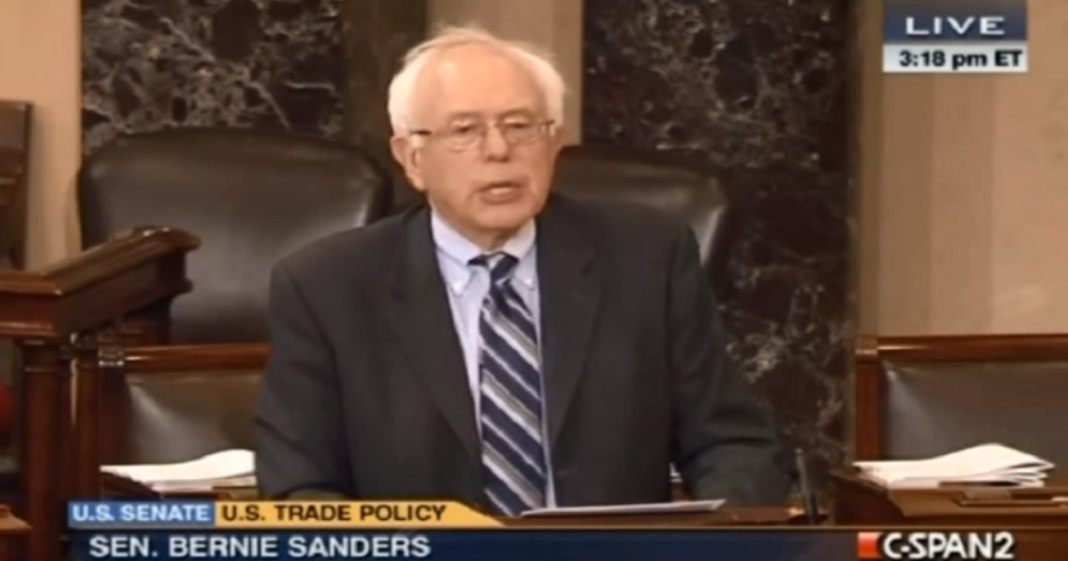 On Tuesday morning, Senator Bernie Sanders spoke on the floor of the Senate to express his disapproval of Donald Trump’s nominee for the Supreme Court Neil Gorsuch.

Ahead of a planned filibuster from Democratic members of the Senate, and a possible rule-change by the Republican faction in order to break the filibuster, Sanders made his message clear:

Sanders was just one of dozens of Democrats that fully oppose Gorsuch and refuse to hold a vote on the nominee, in part because the POTUS is under FBI investigation, in part because Republicans refused to even hold hearings on Obama nominee Merrick Garland, and in part because they feel Gorsuch is wholly unsuitable for the position thanks to his far-right record.

During his 10 minutes on the floor, Senator Sanders outlined the many benchmarks by which he judged Gorsuch, viewing the uber conservative judge through a progressive lens.

Sanders noted that he believed Gorsuch would never vote to repeal Citizens United, nor would he work to protect restrictions on campaign financing. Sanders believes that Gorsuch would vote to overturn Roe v. Wade and gave no indication that he respected women’s agency and right to choose.

For all of these reasons and more, Senator Sanders joins the majority of the Democratic party in their refusal to hold a vote on Gorsuch.