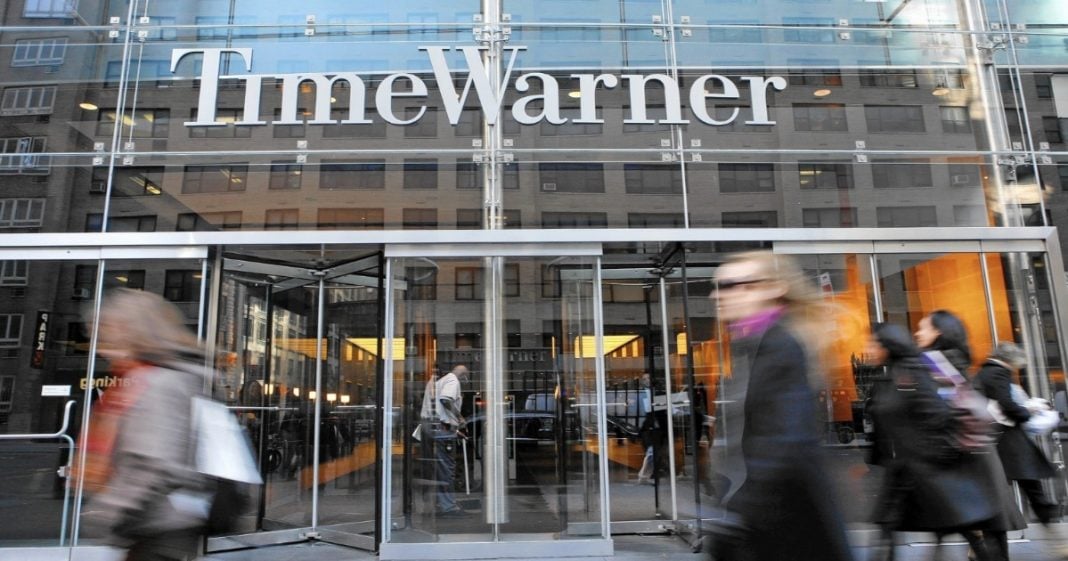 Thanks to the bought-and-paid-for-by-Corporate America FCC, ownership and control of telecommunications in the U.S. just became even more concentrated – and to add insult to injury, competition has been further reduced. The FCC has removed a requirement of last year’s merger between Charter Communications, Inc. and Time Warner Cable that would have forced them to compete in their new markets. Now, for at least two million more subscribers, the new media juggernaut will be the only game in town.

Last year, a coalition of consumer and industry organizations known as the Stop Mega Cable Coalition fought against the merger between Charter and TWC, calling on the FCC and the Department of Justice to either stop the deal altogether, or impose strict rules on how the new company could carry out its business. They had good reason.

First, the new company mean further consolidation in an industry already dominated by six mega corporations controlling 90% of the U.S. market. Secondly, both Charter and TWC have consistently gotten the lowest ratings from consumers in terms of quality of service and satisfaction.

Despite consumer and trade group opposition, the FCC gave Charter the green light to proceed with its acquisition of TWC – but only on certain conditions. Charter was required to expand service to 2 million additional households in under-served communities within the next five years. Furthermore, at least half of those households would have to be ones already served by a competing broadband provider – which was known as the “overbuild” requirement.

That overbuild requirement has now gone out the window. Charter must still extend service to 2 million more households, but they’re all homes being wired for broadband for the first time – primarily, those in rural communities.

On one hand, this move recalls the Rural Electrification Act of 1936, which brought electric power to the 90% of U.S. farms and ranches that did not have it before. Under this current “New Deal” program, 1 million more homes will be able to access high speed Internet.That’s the upside.

However, it doesn’t change the fact that Charter will be running a virtual monopoly in these areas. Ironically however, the change didn’t come about as the result of a nefarious plot by the Big Telecoms to increase their stranglehold over Internet and cable access in the U.S. It was due to complaints from a group of 38 smaller broadband providers, who feared that competition from Charter would put them out of business. These smaller, rural providers had plans in the works to expand their services over the next five years, but the requirement forced these carriers to “reconsider, scale back or halt these investments.”

The original “overbuild” requirement for the Charter-TWC merger was put in place by former FCC chairman Tom Wheeler under President Obama. Current chairman Ajit Pai, removed this requirement, saying that the “condition was not and is not in the public interest…it runs directly against the goal of promoting greater Internet access for all Americans.”  He compared the overbuild requirement to “telling two people you will buy them lunch, ordering two entrées, and then sending both to just one of your companions.”

To hear Pai tell it, increasing broadband access to rural America is a good thing – and he’s correct on that score. Few of us would disagree. But at what cost? In the absence of the overbuild requirement, these new rural customers will be at the mercy of one giant cable provider that is free to charge what it likes, provide substandard service and control its customers’ choices – knowing those customers have nowhere else to go.

It’s worth pointing out that while Ajit Pai talks a good game when it comes to expanding broadband services to rural communities, he is also a rabid opponent of Net Neutrality, making no secret of his plans to gut Title II rules – and was also a big supporter of recent legislation that ended consumers’ rights to online privacy.

Regardless of what Pai says, the real agenda of the FCC – in line with that of the Trump Administration as a whole – is to “Make Corporate America Great Again,” the interests of the American People be damned.