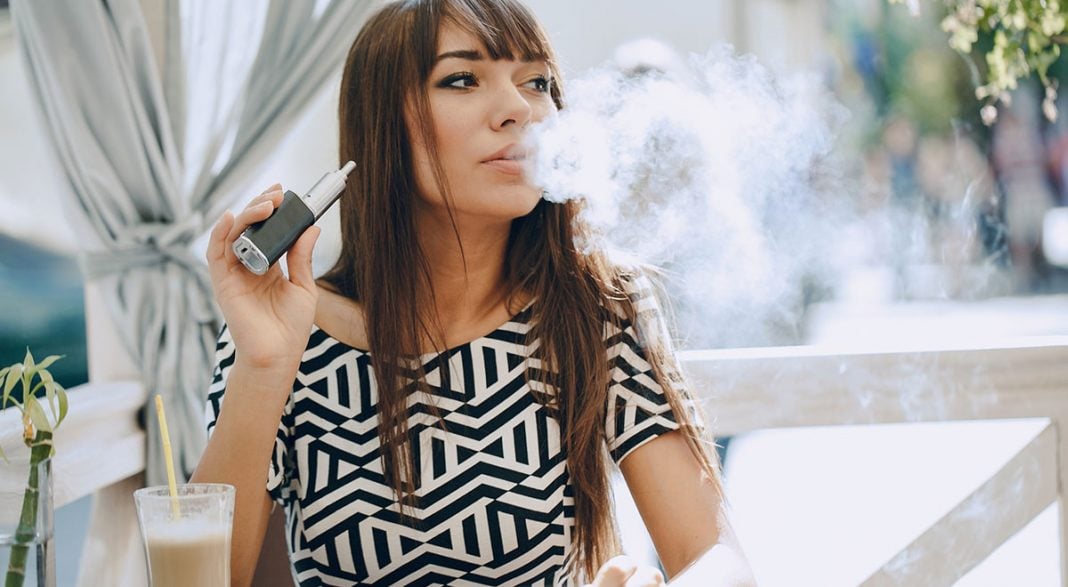 While the jury is still out on the exact health consequences of e-cigarette use, the evidence so far indicates that “vaping” is only slightly less harmful than combustible tobacco. At the same time, reports of e-cigarette explosions, resulting in serious, disfiguring injuries, are on the rise.

Because of this, the U.S. Food & Drug Administration established regulations last year under the Obama Administration, requiring vape products to undergo a stringent application process. In response, the industry is now turning to the pro-corporate, anti-regulation Trump Administration and the GOP Congress in order to get the FDA to back down on the new rules.

Last year’s FDA regulations are currently scheduled to go into effect next year. Compliance is estimated to cost the typical e-cigarette company $1 million. Gregory Conley, president of the American Vaping Association, considers the FDA’s actions to be another example of government overreach that will cost jobs and force small business owners under. “The election of President Trump was fueled by a lot of resentment about over regulation and not just in vapor community but in the U.S. at large,” he said. He considers Trump’s election to be a “great opportunity to save over 100,000 jobs.”

Conley also believes that the pharmaceutical industry is behind the FDA’s actions. According to Conley, Big Pharma sees e-cigarettes as a threat to the profits they make from the sale of tobacco cessation products such as Chantix and Nicoderm. He accuses the anti-tobacco lobby of having an “incestuous relationship with Big Pharma,” as these organizations get funding from drug companies.

Presently, the e-cigarette industry is circulating a petition to Tom Price, current Secretary of Health and Human Services, requesting that he suspend the new FDA rules. The industry also has a staunch ally in U.S. Representative Ron Johnson (R-WI).

Last summer when the regulations were passed, Johnson said: “Today, costly and time-consuming regulations will go into effect against hard-working small business owners and job creators and their customers…the FDA threatens to crush the emerging e-cigarette industry, leading to negative unintended consequences for public health by making it harder for consumers to buy products that serve as an alternative to smoking.”

A bipartisan bill recently introduced into the House of Representatives would “grandfather” all existing products, exempting them from the new regulations. However, this law, if passed, would still allow the FDA to remove newer vape products that have been determined to be unsafe.

Meanwhile, the debate over the safety of e-cigarettes and their supposed effectiveness as a smoking cessation treatment continues. If recent history is any indication, any bills intended to hamstring FDA efforts to regulate the e-cigarette industry will easily pass through Congress, and the President will gladly sign them into law.

Unfortunately, while this may or may not save jobs and small businesses, it is likely that consumers will wind up paying the price.