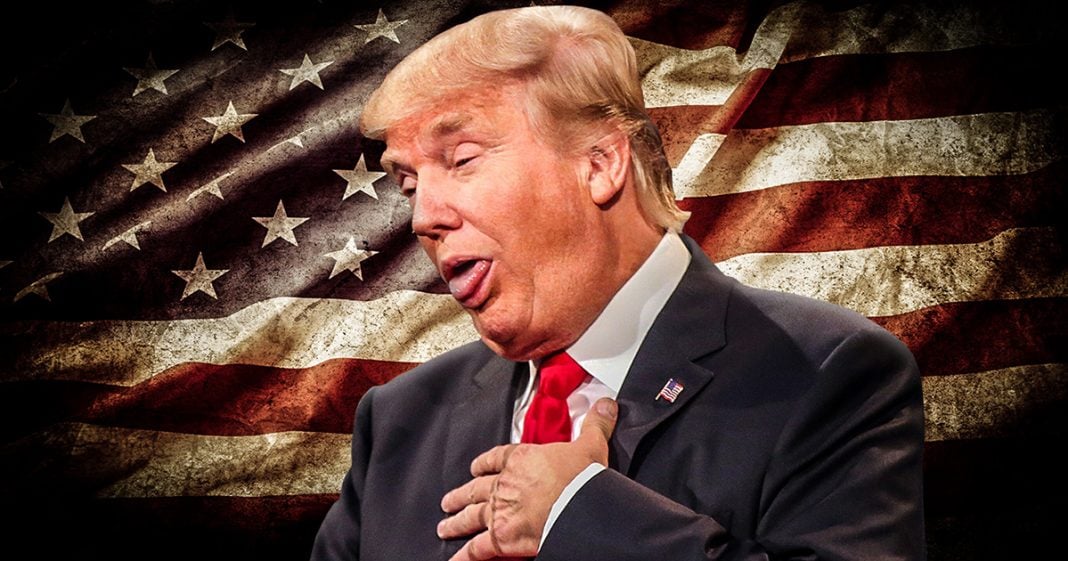 Experts had predicted that Trump’s Muslim Ban would cost the United States tons of money in declining tourism, but what they didn’t count on were the number of people who refuse to travel to the U.S. just because Trump is the new president.  As it turns out, nobody wants to visit a country that is ruled by a hatemonger, and analysts are now referring to the decline in travel to the U.S. as the “Trump Slump.” Ring of Fire’s Farron Cousins discusses this.

Again, they’re not coming here because of Donald Trump. They see his attitude, his actions, towards foreigners. They see and hear what he says and does about his own people here in the United States. They view his Mexican border wall, or his Muslim ban as an intense hatred for anyone not from the United States, therefore, they think it’s too dangerous, even if they are a white Christian, to come into the United States. It’s not worth the risk, so they’re finding other travel destinations to go to, other places to spend $7 billion dollars.

Donald Trump, as a businessman, after all, that’s what republicans picked him for, shouldn’t he understand the fact that his words, his actions, are costing us billions of dollars? Just because he wants to be a xenophobic idiot, we’re losing billions of dollars from the US economy. He doesn’t care. You know why he doesn’t care? Because, most of these tourism dollars actually go to coastal communities that, in fact, did not vote for Donald Trump. Why is he going to do anything to protect them? They didn’t vote for me, so screw them. That’s what Donald Trump is thinking right now.

Meanwhile, all along both the East and West coasts, businesses are losing tons of money because of Donald Trump’s disgusting rhetoric and his hatred for everyone who is a non white American. It’s costing us billions of dollars so far and we’re only two and a half months into this presidency. As the year goes on, if Donald Trump is still president, we’re going to lose even more money. Again, Trump’s not going to care about it because the people who voted for him and his particular businesses, they’re going to be doing just fine. At this point, Donald Trump doesn’t need tourism to keep his businesses afloat. He’s doing that on his own with our tax dollars, by going to a Trump branded property every single weekend and spending millions of dollars. It’s costing the local communities millions of dollars, as well. Again, as long as Donald Trump gets to line his own pockets, the rest of us can go to hell.