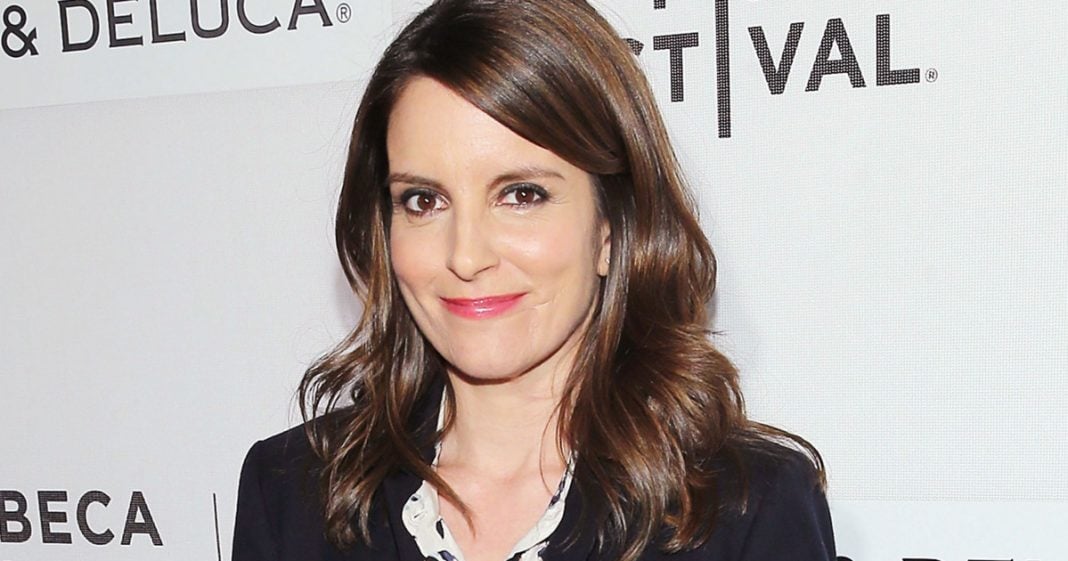 Though she is not often on the list of highly politically-involved celebrities, comedian, actress and writer Tina Fey came out over the weekend to urge white, College-educated women like herself to pay attention to what’s going on in the Trump administration.

Fey noted that though many middle-class women won’t feel many of the detrimental effects of the Trump administration, they should care for others not as privileged as themselves.

“The thing that I kinda keep focusing on is the idea that we sort of need to hold the edges, that it’s sort of like a lot of this election was turned by kinda white college-educated women who would now maybe like to forget about this election and go back to watching HGTV and I would want to urge them to like ‘You can’t look away.'”

Either way, Fey noted, they too will soon feel the changes.

“Because it doesn’t affect you this minute but it’s going to affect you eventually,” she said.

Fey’s warning is important, most prominently because white, college-educated women voted in a large number for Donald Trump in the election. Despite the rampant sexism and misogyny of the Trump administration, a shocking 60 percent of white women voted for Trump. Now, it is these women that Fey urges to remain vigilant.
Fey also joked that Planned Parenthood is safe from Mike Pence as long as his wife stays too busy to accompany him to close the clinics down.

“So you know, if we can just keep Karen busy scrapbooking — we can all still get pap smears.”

Many women have been critical of some of the early anti-Trump women’s marches, noting that many stepping into advocacy would soon return to ignorance and silence. By and large, that does appear to be the case as women who wore fun pink hats have now returned to ignoring what is happening in the news each day entirely.

Fey is hoping to inspire some women to remain in the fight. While it may be easy to ignore what’s going on for now, there may come a time that it is no longer possible to ignore, even for white, college-educated women.