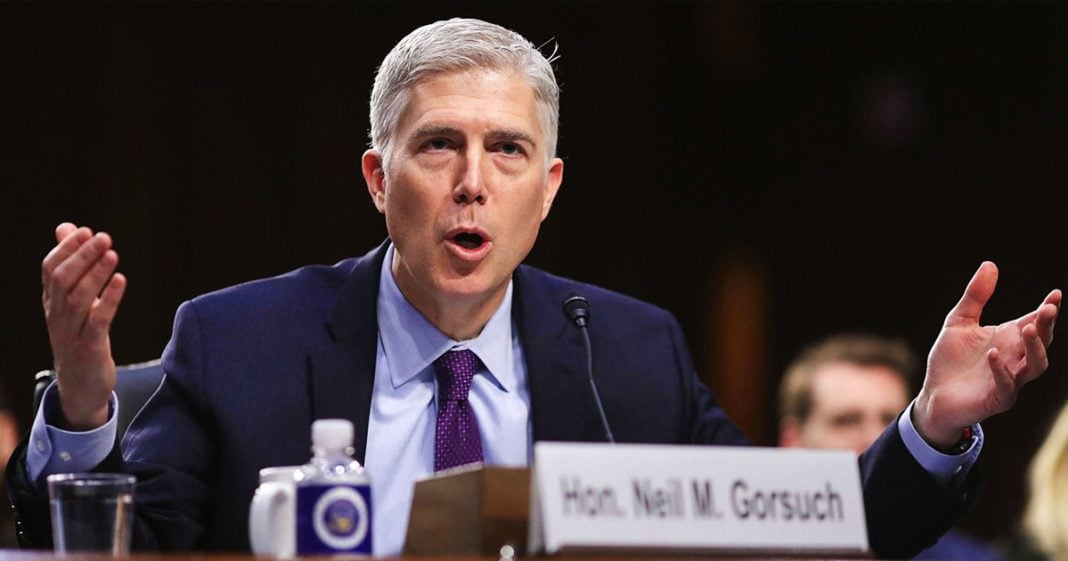 Democratic Senators have reached the magic number of opposition in order to keep SCOTUS Nominee Neil Gorsuch from being confirmed in a Senate hearing earlier this week.

Working to whip the votes over the weekend, the Democrats reached their magic number with Senorita Chris Coons of Delaware voicing his opposition to the SCOTUS nominee.

“Throughout this process, I have kept an open mind. … I have decided that I will not support Judge Grouch’s nomination in the Judiciary Committee meeting today.”

Coons also said that he would vote against cloture, ensuring that debate would continue through the filibuster.

The filibuster is being led by Senate Minority Leader Chuck Schumer who made his plans clear last week. Since then, most Democrats have jumped onboard the opposition, with a small handful of barely-Dems willing to vote on Gorsuch.

Unfortunately, Republicans do still have an option if Democrats remain steadfast in their refusal to vote for Gorsuch.

“With Democrats now able to block Gorsuch’s nomination, Republicans are expected to change the rules to circumvent the filibuster.

Though GOP leadership hasn’t specifically said it will use the “nuclear option,”  GOP senators appear resigned to lowering the vote threshold for Supreme Court nominations.”

The decision by the GOP will not be taken lightly, but will be done with the knowledge that the Trump administration, if he remains in office for the long-term, will be likely expected to nominate more than one SCOTUS judge.